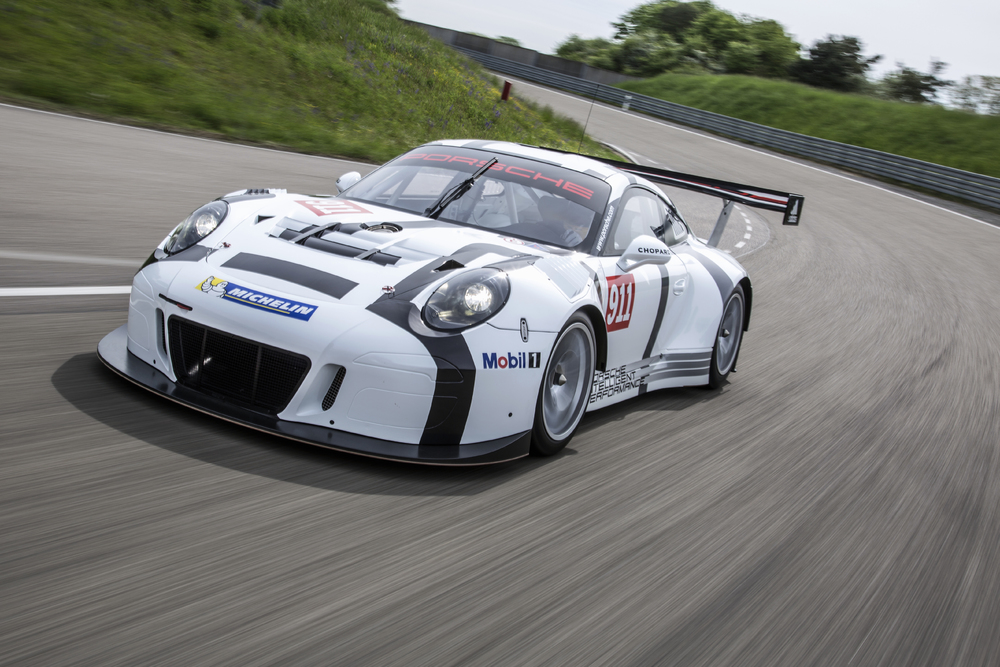 By applying systematic lightweight solutions for the body, add-on parts, and suspension, the engineers optimized the centre of gravity position of the GT3 R compared to its predecessor. The lightweight body design of the 911 GT3 RS production sports car, with intelligent aluminium-steel composite construction has proven to be the ideal basis for the race car. The roof, front cover and fairing, wheel arches, doors, side and tail sections as well as the rear cover are made of particularly light carbon-fibre composite material. All windows – and for the first time even the windscreen – consist of polycarbonate. 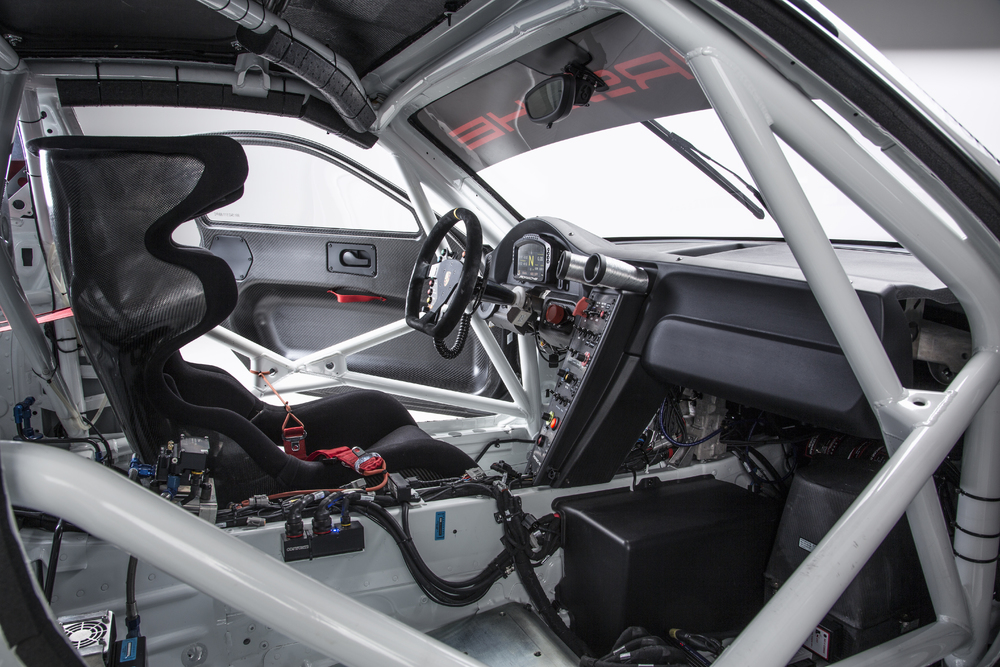 Powering the new 911 GT3 R is a cutting-edge four-litre flat-six which is largely identical to the high-performance production engine of the road-legal 911 GT3 RS. Direct injection, which operates at pressures up to 200 bar, as well as variable valve timing technology ensure efficient use of fuel. Moreover, the normally-aspirated engine offers significantly better driveability and a broader usable rev range. Power from the rear engine is transferred to the 310-mm rear wheels via a Porsche sequential six-speed constant-mesh gearbox. As in the GT road-going models of the 911, the driver changes gears via shift paddles conveniently positioned on the steering wheel.

The aerodynamics of the 911 GT3 R also follow the example of the road car. The distinctive wheelarch air vents on the front fairings increase downforce at the front axle. Measuring two metres in width by 40-centimetres in depth, the rear wing lends aerodynamic balance.

From its 911 RSR big brother, the GT3 R has adopted the concept of a centrally-positioned radiator. By eliminating the side radiators, the position of the centre of gravity was improved, the radiator is better protected against collision damage, and the venting of hot air through louvers in the front cover was enhanced.

The brake system of the 911 GT3 R also underwent further modifications and, thanks to increased stiffness and more precise control of the ABS, is even better suited to long-distance racing. At the front axle, six-piston aluminium monobloc racing brake calipers combined with ventilated and grooved steel brake discs with a diameter of 380 millimetres ensure outstanding braking performances. Fitted at the rear axle are four-piston calipers and discs measuring 372 millimetres.

Another development focus was on the safety features of the GT3 R. The capacity of the further-reinforced FT3 safety fuel cell was increased by twelve litres to now hold 120 litres, with the tank now featuring a fuel cut-off safety valve. The doors and the side windows can be removed, and the escape hatch in the roof is now larger. In the event of an accident, the new racing bucket seat offers pilots even better protection. 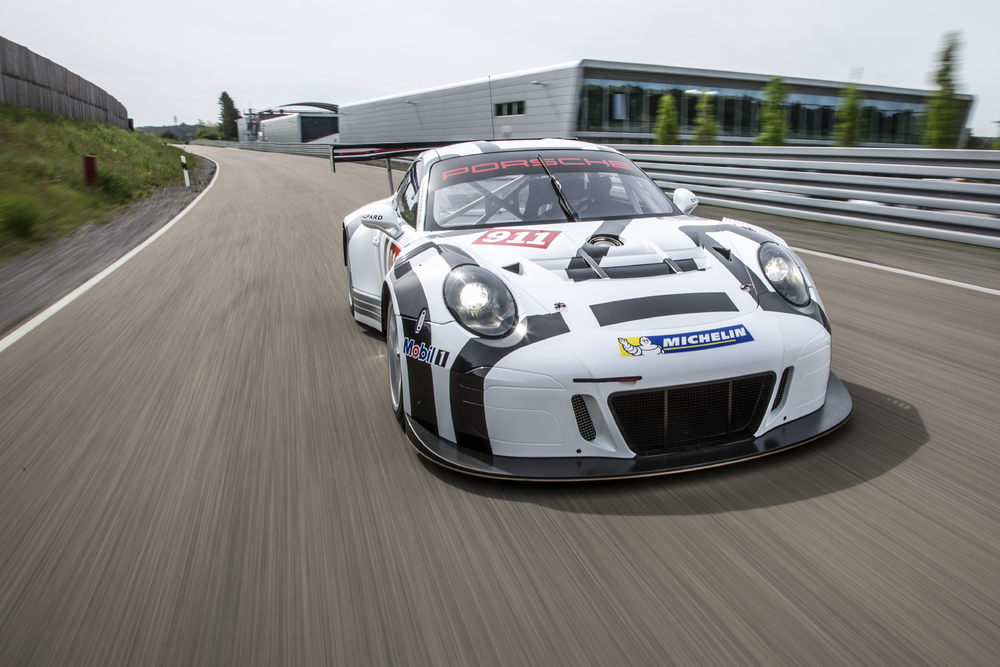