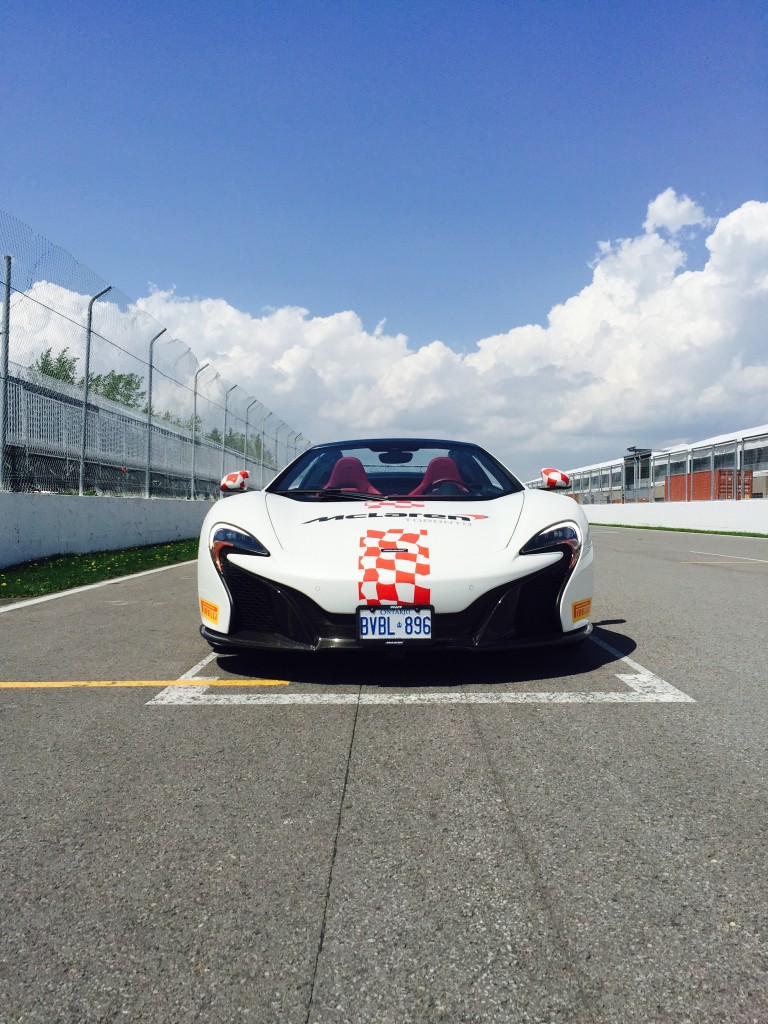 With Grand Prix fever in the air, it was time for Pfaff McLaren to build some buzz by hitting Montreal’s hot spots this May.

As the beautifully finished McLaren 650S is unloaded from the transport truck, it’s immediately impossible to peel your eyes away from the heritage tribute design, which references the 1997 FINA 24 Hours of Le Mans McLaren F1. The car has a couple of new touches, including a Union jack wrapping the rear fender on the passenger side, and the Canadian and Quebec flags on the driver’s side, with a red chequer design going across the centre of the car.

To commemorate the upcoming Grand Prix, a quick visit to the Circuit Gilles Villeneuve was a must, as the scenic street circuit was a natural destination for the Super Series McLaren. It also visited some of the Montreal hot spots including Boulevard St-Laurent, Little Italy, Old Montreal and Crescent street; the crowds quickly gathered to have a closer look at our car.

Today, our 650S will make its way north to visit the historic home of the Canadian Grand Prix in the beautiful ski resort town of Mont Tremblant, at the famous Le Circuit Mont Tremblant just outside of St-Jovite.

Stay tuned for the next stop in our adventures…