Two races, two wins: that’s how to start the season! 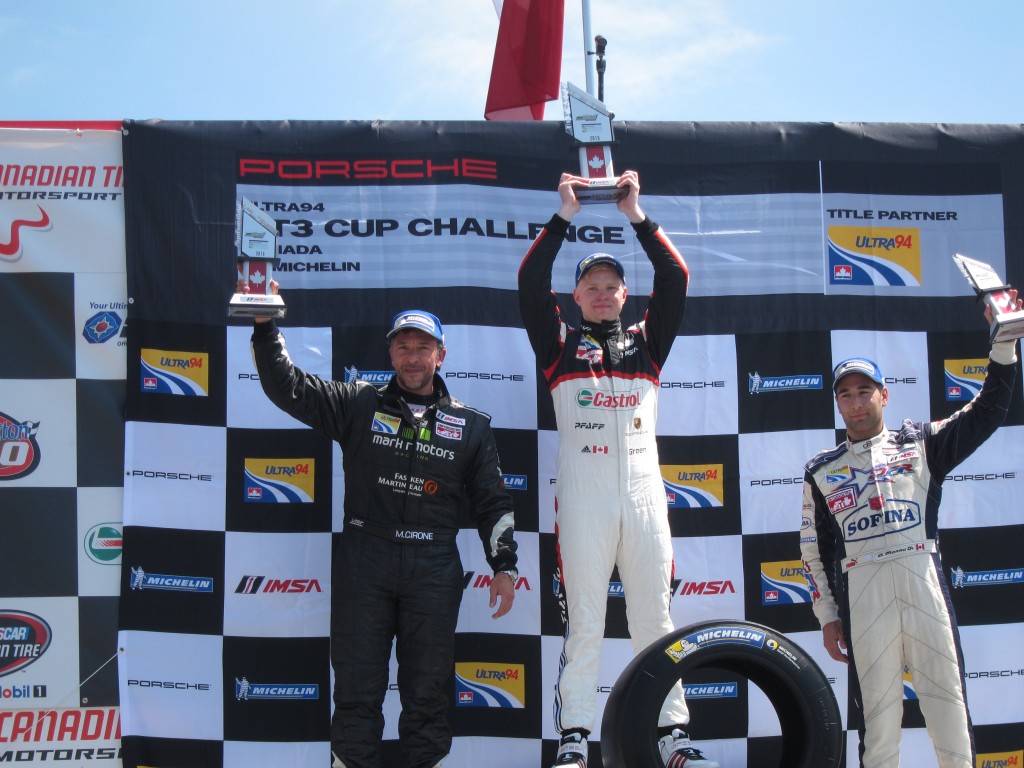 If Chris Green’s Saturday win from the front was a textbook race, the second race of the Canadian Porsche GT3 Cup Challenge made it a textbook weekend for Pfaff Motorsports. Green once again secured the top spot of the podium, leading the race from start to finish in the Platinum class, and Orey Fidani once again concluded with a podium, finishing second in Gold.

Consistency was the key to Green’s success. After building up a lead over second-place finisher Marco Cirone, he settled into an eerily consistent rhythm, with his lap times often deviating only by 0.1 of a second, lap after lap. That consistency was something he’d worked on diligently in the off-season, and with engineer Joe La Joie.

Team manager Steve Bortolotti elaborates: “In 2014, Chris could crack out the most incredible qualifying-speed laps; now, he’s killing it with consistency. Running at 85 to 90% of his potential the whole race, he was not only able to hold the rest of the pack at bay, but always had more in his back pocket when competitors started catching him.”

Green controlled the race pace beautifully, and like his teammate, experienced no mechanical issues with his car all weekend.

For Orey Fidani, the first weekend was an incredible learning experience, and one that resulted in one race win and one podium. His ability to drive under pressure improved significantly, and he came away refreshed and energized from his first GT3 race weekend.

“The car felt solid for the first 20 laps or so of the race,” he says. “I had a great battle with Bruno Chapinotti in the Speedstars car, but I started to lose grip from the rear as the race went on, and had to ease off. In the end, I just couldn’t hold him, so I focused on securing second place. But now, I’m much more comfortable with the car and with the competition – and know I have to work on making the last 15 minutes of each race as good as the first part.”

In only its second season as a fully in-house operation, Pfaff Motorsports has really gelled as a team.

“All of the things we really wanted to work on this year,” says Bortolotti, “we got right. The camaraderie is great with all of the team members – I really couldn’t have asked for more. The reliability of the cars, the consistency of the driving, were all just great. And our presentation in the paddock has stepped up significantly as well.”

The next race weekend of the GT3 season is at the Honda Indy Toronto, which runs from June 12-14. 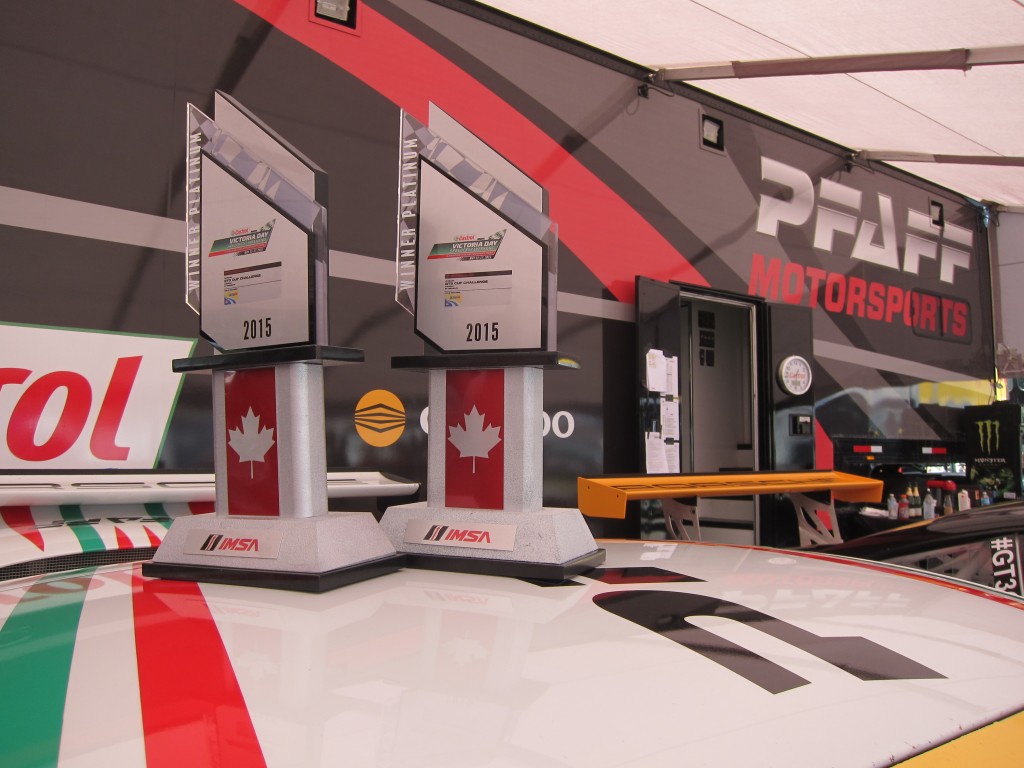