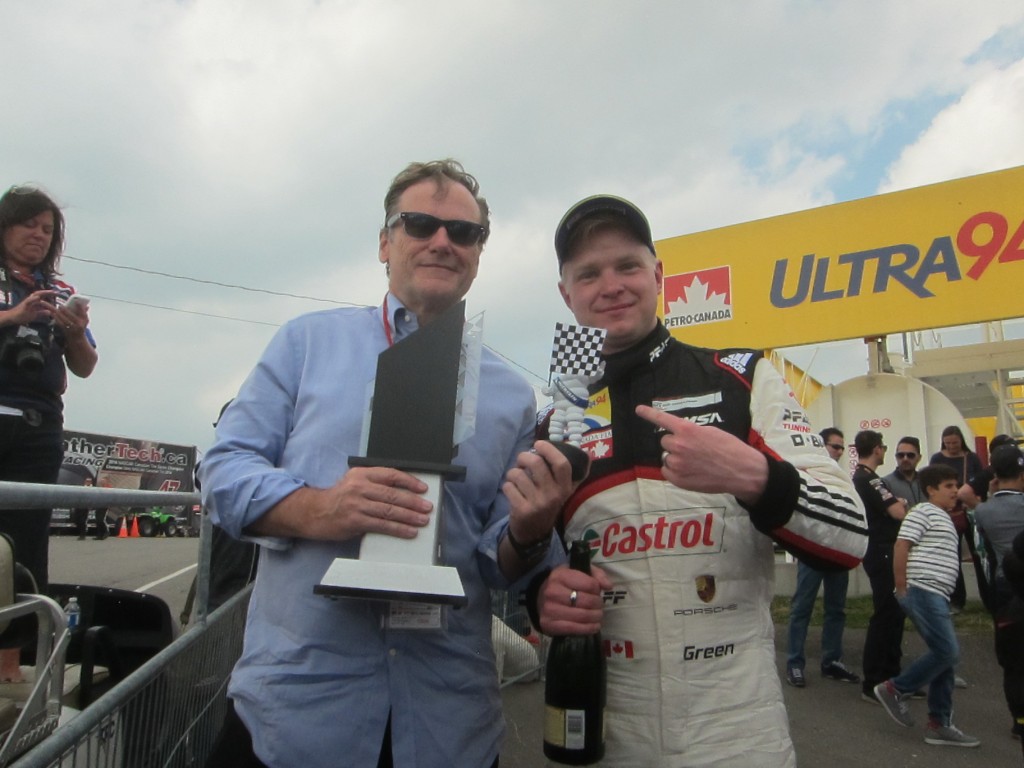 
“It was a textbook race,” says Chris Green when describing race one of the Canadian Porsche GT3 Challenge. After a much-abbreviated qualifying session which landed him on pole position, he led from the front for almost a full 45 minutes of green-flag racing. “It was everything you hope for in a race; we started on pole and never gave it up.”

From the start of the race, Green was able to control his own pace, which he had agreed upon with his engineer, Joe La Joie. “I could turn up the wick when competitors were closing in, or when I had to compensate after passing some traffic on the track, and when we had a comfortable lead of five seconds or so, we could dial it back a bit to maintain our lead and leave room for error.”

Green’s teammate, Orey Fidani, celebrated his first start in the Canadian series with his first podium, starting in third and maintaining that position through the whole race.

—UPDATE— Due to technical infractions by the first and second place finishers, Orey Fidani was granted the win in Gold class, making for the first double win in Pfaff Motorsports history.

“It was really exciting,” he says. “Fun and tiring and challenging, but exciting. In the GT Sprints series where I raced last year, races were 20 minutes, so focusing for more than double that length of time required some adjustment. But now, I feel a lot more comfortable with the series, and I understand the competition. I can’t wait to get out there tomorrow.”

The second race in the Canadian GT3 series runs at 10:55 a.m. eastern time; follow http://www.pfaffmotorsports.com for updates, and view live timing at http://scoring.imsa.com.