The new Audi Q7 has just completed its approval drive 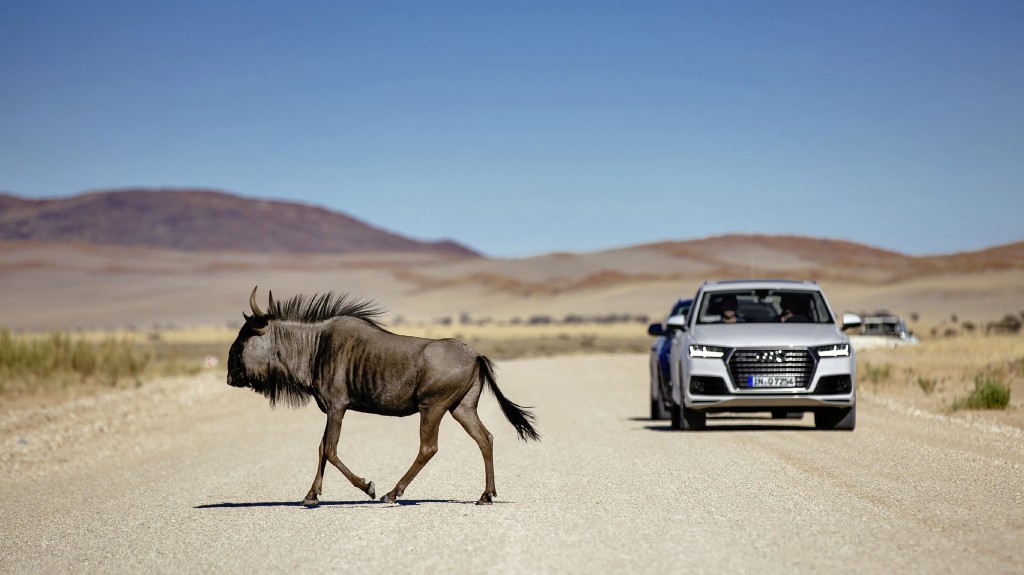 Just a couple of weeks ago, the new Audi Q7 made a visit to Namibia for its “approval drive,” where Audi’s engineers and executives gave the vehicle its final sign-off.

On the final approval drive, Prof. Dr. Ulrich Hackenberg and his chief development engineers performed the last stage of fine-tuning of the new Q7.

“The new Q7 marks the debut of the second-generation modular longitudinal platform, the Audi technology matrix for models with longitudinally mounted engines,” Hackenberg said. “Efficient development and manufacturing provide Audi with the flexibility to offer new technologies and drive variants. With up to 325 kg less weight, it sets the benchmark among the competition.”

When the first generation Q7 was launched in 2006, it marked the beginning of the SUV success story at Audi. Since then, the company has sold over two million Q models – including over half a million Q7 vehicles. The new Q7 is set to continue this tradition.

The new Q7, which arrives in Canada in late 2015, has a new three-dimensional single-frame grille and it is significantly more efficient, lighter and more spacious than the previous model. It now weighs up to 325 kg less, making it one of the lightest vehicles in its class. Its efficient engines consume up to 28 percent less fuel. The vehicle’s features are rounded out by many new driver assistance systems and a comprehensive lineup of infotainment options, such as the Audi virtual cockpit.