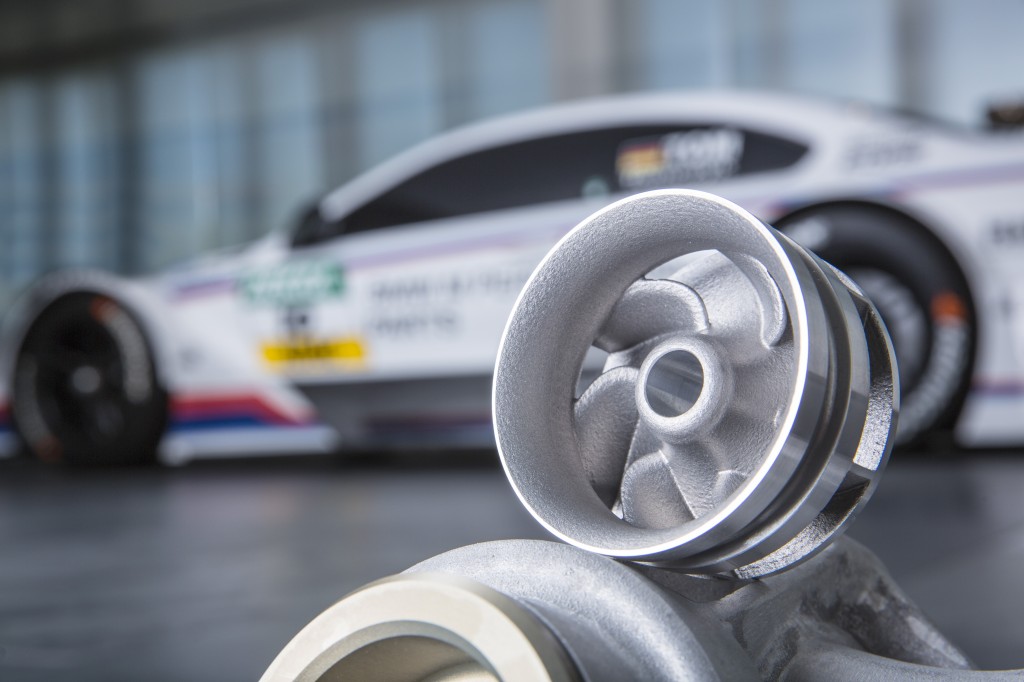 The current season of the German Touring Car Masters (DTM) starts with a small anniversary for BMW: one of the powertrains in the series is fitted with the 500th water pump wheel made on a 3D printer. The high-precision component, which is subject to high stresses, is made of an aluminum alloy and has previously proven its worth in the tough environment of motorsports – and has worked flawlessly from the start.

In a BMW race car, the high-performance powertrains run up to 70 percent of the time under full load, meaning the moving parts have to handle extreme conditions. This is why, back in 2010, the BMW engineering team developed a one-piece, light-metal water pump wheel to replace an previous-generation plastic part.

Based on BMW’s long-standing experience in additive production methods, which are becoming known under the collective term of “3D printing,” engineers decided from the outset to apply the SLM (selective laser melting) procedure in the production of the part. In this laser-fusing procedure, the component is created by layering: the 3D printer applies 0.05-mm thin layers of metal powder to a processing plate. A laser beam then fuses the powder at the desired spots to form a durable aluminum layer.

3D printing allows for the inclusion of design refinements in the six-bladed pump wheel, whose implementation would require much greater effort with other production methods. With this 3D-printed method, it was possible to achieve ideal aerodynamics of the component for the DTM race series. No complex tools or moulds are needed, which makes on-demand production more cost-effective. On top of that, 3D printing ensures the dimensional accuracy of the water pump wheel over the entire production time.

BMW applies the homologated high-precision part both in the DTM racecars and in Z4 GT3 customer vehicles.