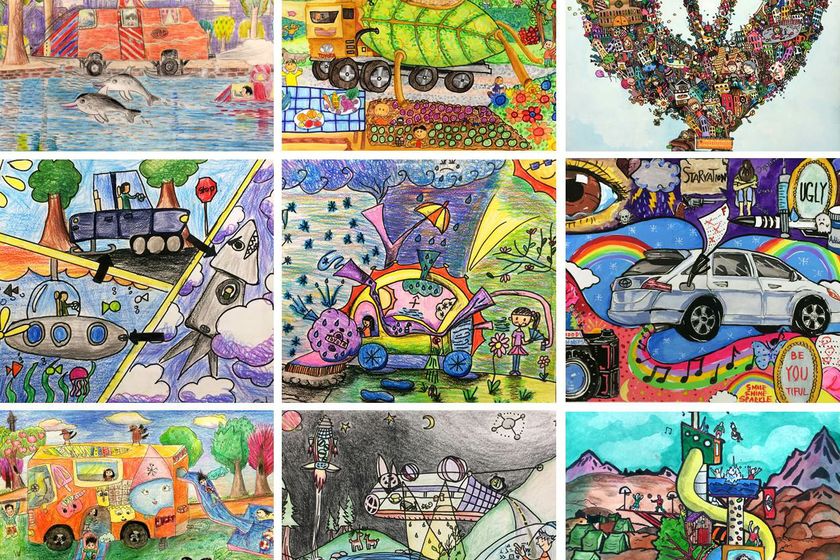 Last fall, Canadians were asked to invite youth ages 15 and under, to unleash their creativity in the annual Toyota Dream Car Art Contest. In its third year in Canada, the contest inspired more innovative minds of Canadian youth than any previous year, receiving a record number of artworks.

“The artistic talent we saw from this year’s group of entries was truly breathtaking,” said Seiji Ichii, President and Chief Executive Officer, Toyota Canada Inc. “It’s inspiring to experience the unique, bold and innovative imagination behind every idea of what the future of this industry could be.”

With the contest designed to inspire innovation and encourage the importance of having a dream among youth, entries were judged on originality, creativity and relevance to the “Dream Car” theme.

All nine winners were be awarded the prize of a 7-inch 8GB tablet device.

“I can’t say enough about what the Toyota Dream Car Art Contest does to shine light into the workings of children’s minds,” said judge Brandie Weikle. “It was a treat to get to spend time looking at these drawings and reading about the creative thinking that went into them.”

The Canadian winners have now been entered as Canada’s representatives in the world contest. Ten winning entries will be selected for each age group, totaling 30 global finalists. In August 2015, each global finalist (and his/her parents/guardians) will be invited to visit Japan on an all-expenses paid trip to attend the award ceremony. Last year, four of the nine Canadian winners were selected among the top 90 global submissions of more than 660,000 that were received from 75 countries.