Michael Tsiang has owned more cars than he can count 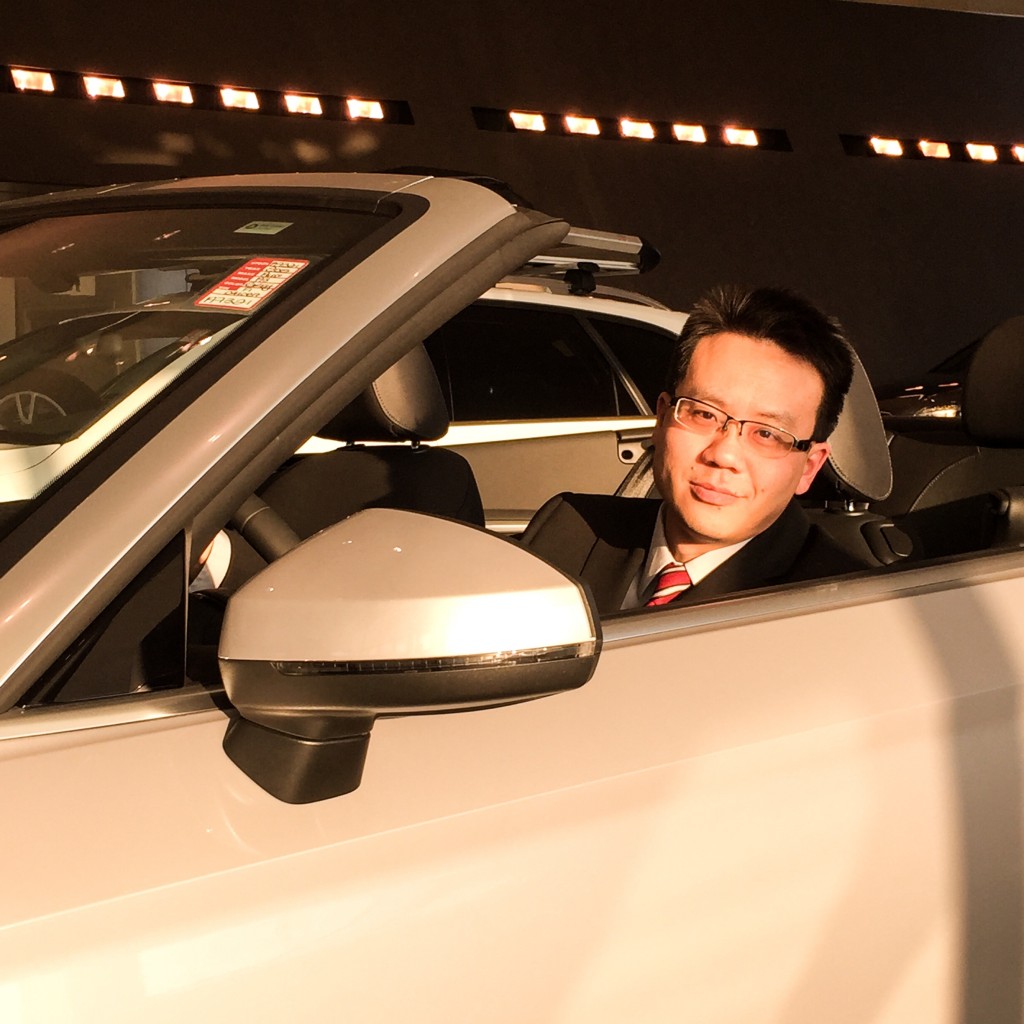 Ask Michael Tsiang about his car history, and be prepared to listen for a while. The guy loves cars – and the list of vehicles he’s owned proves it. Rarely, it seems, did a year go by that he didn’t buy a new car. Starting in 1989, he’s driven a string of vehicles, always something novel, and always something new. Indeed, the only used car he ever purchased was a 1987 Subaru Rex, a 500-cc microcar that he drove while he was living in Japan in the early nineties. His current stable includes two Audis – an A3 TDI and a Q5 TDI – and a BMW 320xi.

“What can I say? I love all-wheel drive, and since coming to Audi, I love diesel, too.”

Tsiang’s path to selling Audis isn’t a conventional one. Growing up in New York City, he majored in finance for his undergraduate degree and also obtained a master’s degree in travel management. He travelled extensively in Asia to pick up languages – Mandarin, Cantonese, Japanese – and was a real estate agent before entering the automotive field.

But cars were always a part of his story. Beyond his personal car-buying addiction, throughout the years, one of his cousins by marriage was one of the Canada’s most prominent automotive journalists, and one of the few writing in Chinese. Between work, Michael would join his cousin on trips to pick up and drop off test vehicles, experiencing a wide variety of brands and models. Through that, he developed a love of German cars, and of high technology.

“Still, when I answered an ad online when Pfaff was recruiting in July 2012 for the new store, I wasn’t quite sure what I would be stepping into,” he says. “The company had a great reputation, but it was an adjustment from being self-employed. Fortunately, working here is paradise.”

Ask him what he likes most about his job, and Michael focuses on the culture in the store, and of the company. “It’s a well-run organization for so many reasons. The core group of executives at Pfaff is approachable and friendly – and they listen. It doesn’t matter whether it’s a porter or a salesperson or a manager making a suggestion; if it’s a good idea, it’s a good idea. These are the kind of people you really want to work for. Pfaff was my first job selling cars; they still listen.”

Certainly, his experience in previous industries has helped him a lot. “The process of selling a car isn’t fundamentally different from travel, where the cycle is shorter, or a house, where the cycle is longer. But the steps – of understanding their needs, helping them find exactly what is right for them, following through even after the sale – are the same. It’s just that here, I’m selling a product I’m truly, truly passionate about.”