Launching the 570S in Vancouver 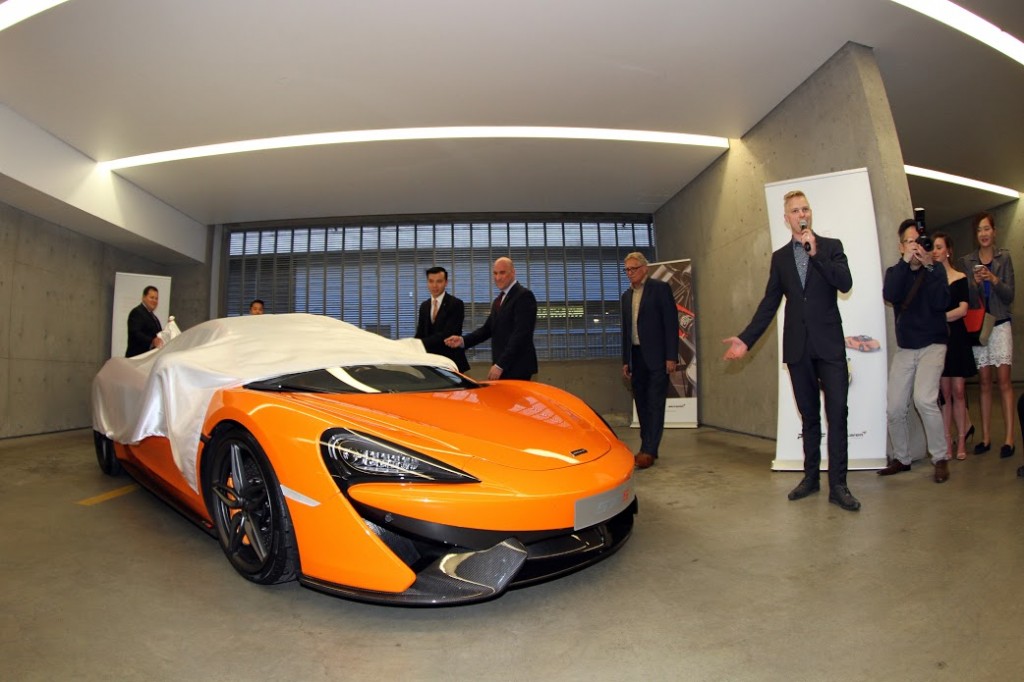 The supercars lined all the way up Water street, leading to the entrance of the InForm furniture gallery, were an indication something special was going on.

On a beautiful, sunny evening in Vancouver, an anxious crowd gathered to see the latest model in the McLaren lineup. Fresh from its global introduction at the New York auto show, and previews in Toronto, the 570S show car arrived in Vancouver in typical McLaren fashion: with split-second timing and precision.

175 guests gathered at InForm for the unveiling, and were treated to McLaren signature cocktails, featuring the brand’s speedmark. After a brief reception where hors d’ouvres were passed out by staff from Hakwsworth, the crowd moved into InForm’s stunning garage.

There, general manager Morris Lubinich opened the evening with a welcome speech, before passing the mic over to Chris Green, who gave a brief overview of the car and how it will transform the sports car segment. The McLaren Vancouver staff the unveiled the car to an ovation from the crowd, which quickly swarmed the car, taking photos and selfies.

To say that feedback from customers, press, and prospects was outstanding would be an understatement. The reaction from the crowd was outstanding, with the staff being peppered by questions throughout the night, and a palpable energy in the room. Even when the car was being pulled onto the truck – to make it, in typical McLaren fashion, to its next engagement – the crowd remained engaged.