The McLaren 650S is a low-flying fighter jet 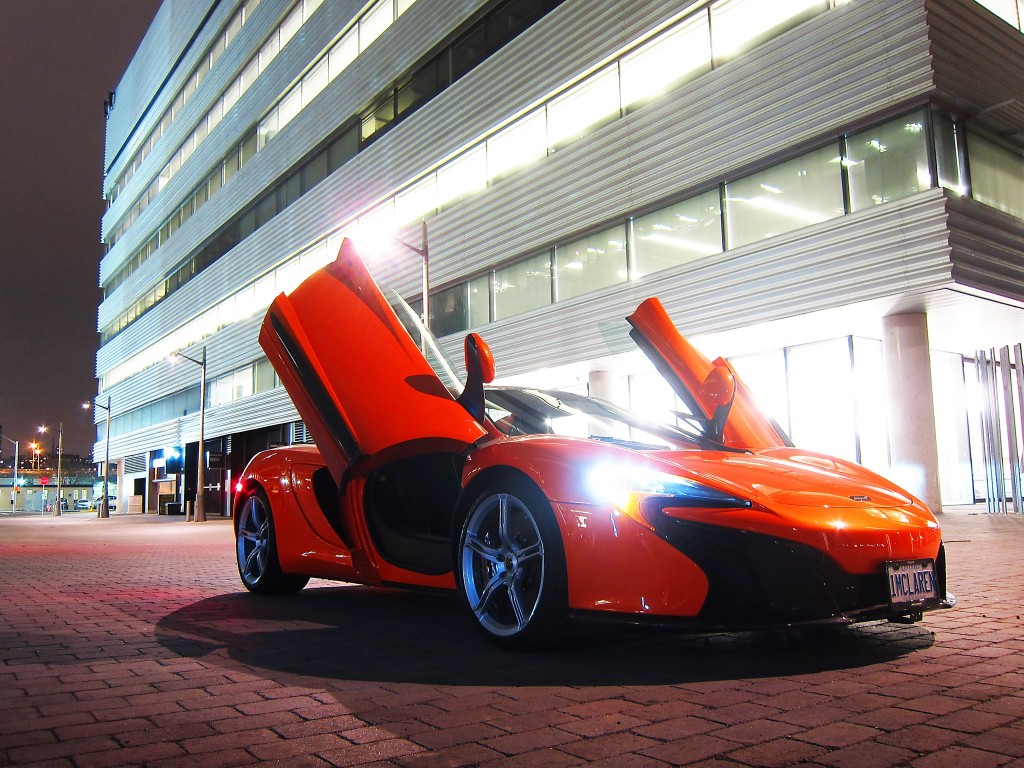 Engineers are different from you and me. They follow their heads rather than their hearts when making decisions, which can lead lead some people to find them challenging. The engineers that I know aren’t much for small talk, and conversations with them can sometimes be awkwardly short, as they shut down my emotional ramblings with cold, hard, logic. But I count a number of engineers as some of my closest friends, because they say what they mean, they know of what they speak, and because I know I can totally rely on them.

Which is why I get a little bit angry when I hear some car critics talk about McLaren’s supercars as a little too cold, a little too logical, a little too much of an engineer’s car. Where’s the emotion, they ask; the histrionics, screeching tires and wailing exhausts? Where’s the high-strung attitude?

An engineer would ask, why does a supercar need any of that? Isn’t the point of a supercar to be a showcase for the best design and engineering that the automotive world can offer, rather than a showcase for the owner’s ego and their expensive hairdo? Isn’t a supercar supposed to point the way forward for an entire industry, showing us where mainstream cars will be and what they will be decades from now?

Which brings us, conveniently, to the McLaren 650S, an engineer’s car if there ever was one. I’ve never driven something more cold, hard-edged, and logical in the way it is designed and constructed. And neither have I driven anything with quite its ability to thrill in all kinds of situations, from idling through downtown traffic to screaming around freeway on-ramps. It is a towering achievement, its enormous depth and breadth of ability driven by engineering solutions that nobody else on the market has been brave enough to implement.

Take this car’s suspension, as an example. The supercar rulebook dictates something low, stiff, and tightly sprung to generate big grip and low body roll in the corners, for which you pay the price in ride comfort. McLaren tossed that rulebook out the window and implemented an electronically-controlled, hydraulically cross-linked suspension dubbed ProActive Chassis Control. It does away with conventional anti-roll bars and constantly monitors the car’s attitude and the driver’s intentions to deliver astonishing cornering performance through those Pirelli Corsas, along with almost unbelievable ride quality.

Even in sport and track mode, in which the car rounds bends so fast it’ll make your head spin, the 650S soaks up bumps and pavement imperfections like a luxury car. You can take liberties with it you probably shouldn’t be able to do, braking hard and deep into corners without upsetting its balance, getting on the gas earlier than you could in other cars because the computer’s anticipating your every move and constantly juggling each individual wheel’s movement. Indeed, when you’re cruising at speed along a piece of undulating pavement, you can actually feel the car micro-adjusting underneath you, constantly maintaining a level, stable platform for ultimate performance.

Throw a movable, electronically-controlled rear wing into the mix, and you have something akin to a road-going fighter jet. Like an F-22, the 650S’ computer systems take a vehicle whose abilities are so far out on the edge it shouldn’t even be controllable and turn it into something friendly, intuitive, and pleasurable to pilot.

Behind you, delivering all of this performance, is a twin-turbocharged 3.8-litre V8 that produces 650 metric horsepower (PS), or 641 hp by our conventional measurement. It does not make the conventional supercar noises; it does not idle roughly or make screaming noises as it closes in on the 8,000 rpm redline. Better yet, unlike a lot of turbocharged engines these days, the 650S’ engine doesn’t pretend to be something it isn’t: you get lots of turbo noises (wastegate whistle, turbo whoosh, fluttering, the whole bit) and that wonderful turbocharged feel of the power swelling as the revs pile on. There’s no exhaust plumbed to make artificial noise, and there’s no engine noise coming out of the car’s Meridian speakers, either. It’s an honest engine, making honest sounds, and I like it all the more for that.

And, oh, the shove. From idle through to redline, it never tails off. Wind the 650S out in first and second and you’ve breached every speed limit in Ontario; third has you shooting toward the stratosphere. It is, in fact, probably too fast for mere mortals, and you have to be careful not to surprise other road users as you make use of the stupendous acceleration. The seven-speed dual-clutch gearbox responds instantaneously (violently, in track mode) to a flick of your wrist, and braking is astonishing, not just for how quickly the car slows down, but how, thanks to that trick suspension and aero, there’s no nose-dive.

The car’s handling limits are so high that you’ll never breach them on the road, let alone the racetrack, where you’d need a lot more talent and bravery than I possess to find the point where the tires start to slip. What I can say is that the 650S corners flat and stable, that it feels much smaller than it actually is, and that the steering is brilliant.

Through it, you feel the car’s inherent lightness thanks to its carbon-fibre tub, carbon-ceramic brakes, and lightweight construction, but you also get a sense of real substance and integrity. I love, too, that the steering wheel is just that; it doesn’t have audio or phone controls, it’s not polluted with extra functions. It’s there to steer, and that’s it.

Indeed, the steering wheel, and all that surrounds it in the interior, is probably my favourite part of the 650S. Most supercars, including this one, get the exterior styling right – visual drama is such an important part of the supercar formula. Where most of them fall down is inside, where the money runs out and the bean counters start reaching for the parts bin to cobble together something usable.

It’s the complete opposite in the McLaren: the engineering dictated that the mass be centred in the car as much as possible, which necessitated moving the driver and passenger closer to each other; the net result of that is one of the most brilliant cabins in the industry. Those close-set seats, for instance, dictated a narrow centre console, the opposite of the supercar norm; it means the car feels more intimate and the view out is better. It meant that the navigation screen had to be in portrait instead of landscape form, which makes more sense for road maps anyway. it meant three air vents instead of two. And it meant relocating the dual climate-control panels to the doors, where they stay out of the way (the screens even dim after you’ve selected your temperature and fan speed) and which visually balance out the cockpit.

And everything here is bespoke, from the seat controls to the transmission switches to the turn signal and wiper stalks – pieces that are notoriously difficult and expensive to make properly, and a signal that the people that built this low-volume supercar really took their job seriously. These small details, and the big gestures like the panoramic windshield glass, the amazing view out, the wide-set mirrors, give the 650 a friendly, non-intimidating feel that is all out of whack with the earth-shattering level of performance that it delivers. 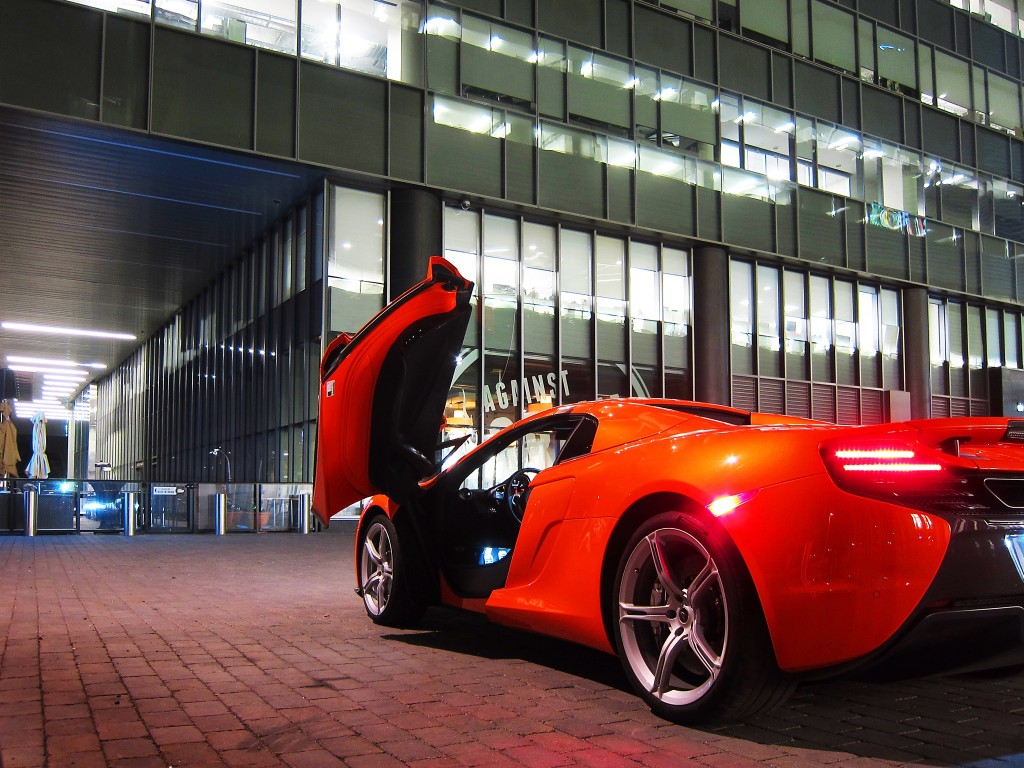 In a way, that says it all about this spectacular car. It’s like an engineer in the sense that it doesn’t have any attitude, even though it possesses incredible capability and is way smarter than you. Engineers just don’t do attitude – and because of that, I tend to really like them. I really, as if you can’t tell, like this car too. There’s magic in all those numbers.