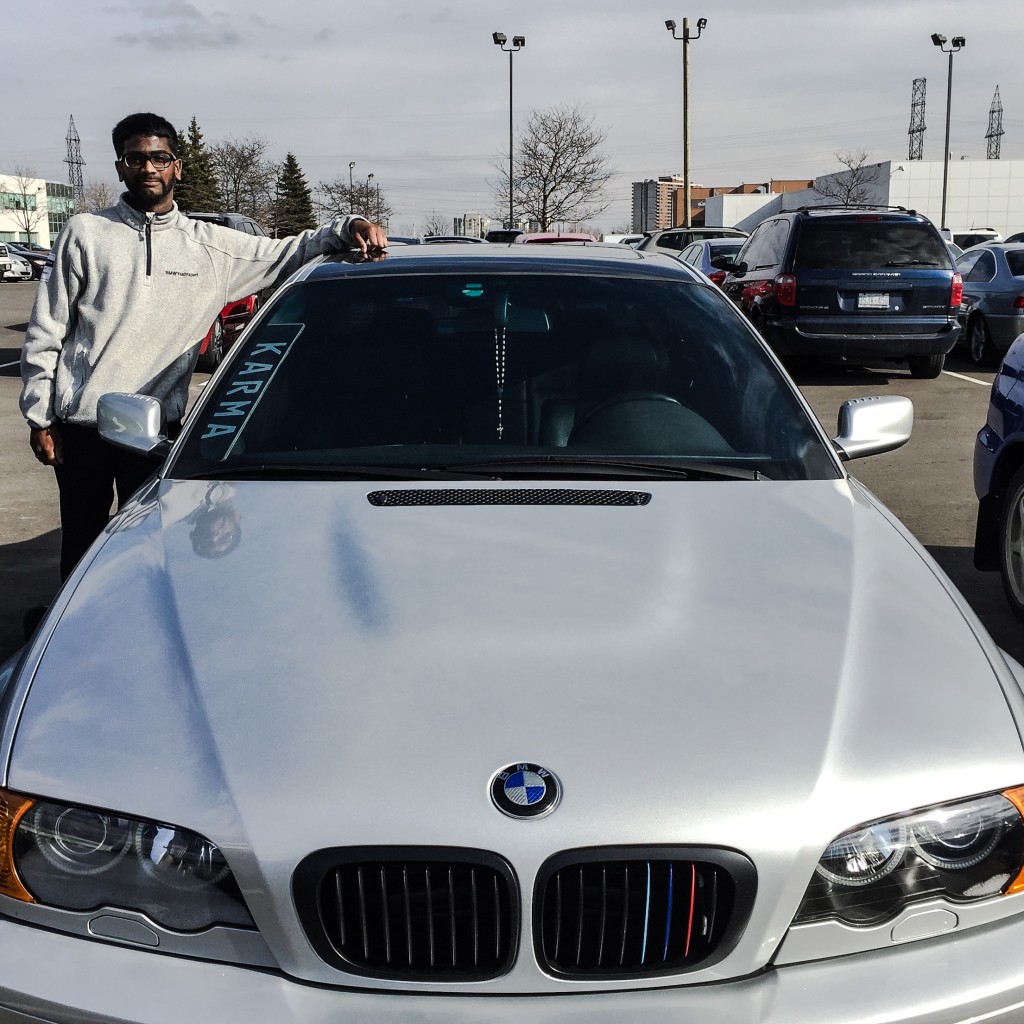 The faux European license plate in Ash Perera’s BMW 330Ci reads, “karma.” And, that car, and a certain amount of karma, are what landed him at Pfaff BMW’s parts department as an advisor in August 2013.

“I’ve done everything to that car,” he says of his E46, which came from the factory already fitted with the desirable M Sport package. It sports an upgraded suspension, wheels, brakes, intake, exhaust, and a number of cosmetic modifications, and it’s his daily driver. “I was actually having the car painted, and I came into the dealership to buy some stuff, and kind of jokingly, asked if they were hiring. Well, here I am.”

Having graduated from the University of Guelph/Humber, Ash saw his position as a foot in the door in an awesome industry with room for growth. “Before working here, I worked as a service advisor at Canadian Tire through high school and university; I got a lot of enjoyment from providing great service to techs, and I got to know cars.”

But working here, he says, is different. “It’s a completely different level. I’m surrounded by car nuts, the managers are great, and you can see, since the change of ownership, that there’s a totally different, more positive approach. The whole atmosphere has transformed here, and you can see it in the staff’s faces and with the customers, too.”

While you don’t see Ash much – he spends most of his time at the dealership supporting the techs at the back of the shop – he has a formidable presence online as a source for customers and enthusiasts looking to upgrade their cars. His formidable knowledge is hard-won, and comes from years of modifying his own vehicles: in addition to his 330Ci, he’s owned a 1997 Volkswagen Jetta whose engine he swapped with a newer turbocharged engine and revised bodywork, and a 2001 GTI which was highly modified.

“A lot of my friends are into modifying and upgrading their cars,” he says. “And, being a bit of an insider, I’ve become a source of knowledge for them, as well as many of the tuning shops which he used to deal with as a customer. I spend a lot of my time on car forums with fellow enthusiasts, and it’s always great to help people out.”

More than anything, though, what Ash loves about his job is that “it allows me exercise my knowledge and passion in the same place.”