Autostadt is an amusement park for VW fans 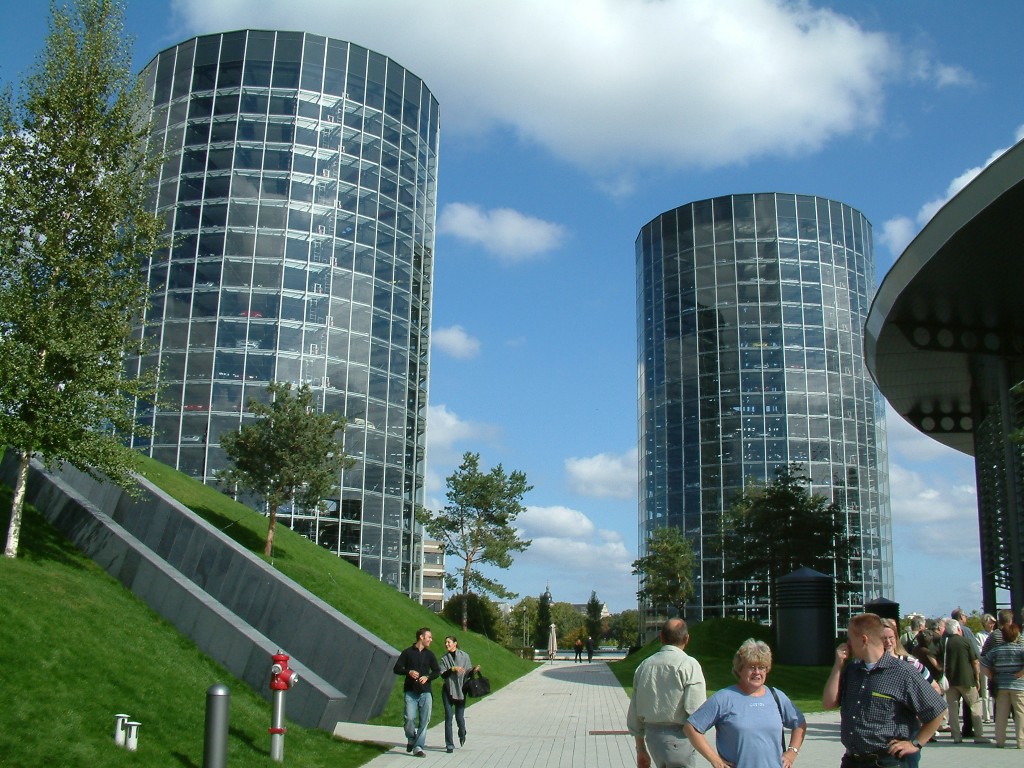 Every year, Volkswagen’s Autostadt amusement park welcomes 1.2 million visitors. 1.2 million! That’s the number of people that paid good money to travel to Wolfsburg and for a tour of the facility (some of them didn’t have to; they bought a Volkswagen and the privilege of picking it up there). 1.2 million people sufficiently obsessed with the Volkswagen brand that they spent a day cavorting in an environment that constantly bombards with brand messages – from the cheery Beetle showroom right through to the more serious showcases of Lamborghini and Bentley.

Autostadt was opened in June 2000, and there’s still nothing like it in the world. A combination theme park and deliver centre, it contains pavilions for all of the major brands under VW’s umbrella–Skoda, Volkswagen, Seat, Audi, Bentley, Bugatti and Lamborghini. On the 25-hectare site, there’s also a huge glass-walled welcome centre containing four restaurants, a couple of massive 360-degree theatres, a self-contained rail system, a museum containing not only various important Volkswagens of the past but other important historical automobiles, a huge car delivery area with two glass towers each filled with 400 cars, and even a specially-designed Ritz Carlton hotel, considered by many to be the finest in town and one of the best in the country.

The brand pavilions are something else. Not only do they serve as pretty classy showrooms (though there are fewer cars on display than you might expect) with more conceptual displays like massive theatres, brand messages projected in the air with strobe lights, huge walk-through engine replicas, and whimsical elements like theatre seats for four that are styled like car seats, just a lot bigger. Like any good theme park pavilions, there’s also only one way in and one way out of them, forcing you to soak up all that’s there being communicated to you. Clever as a casino, and actually a bit more fun. 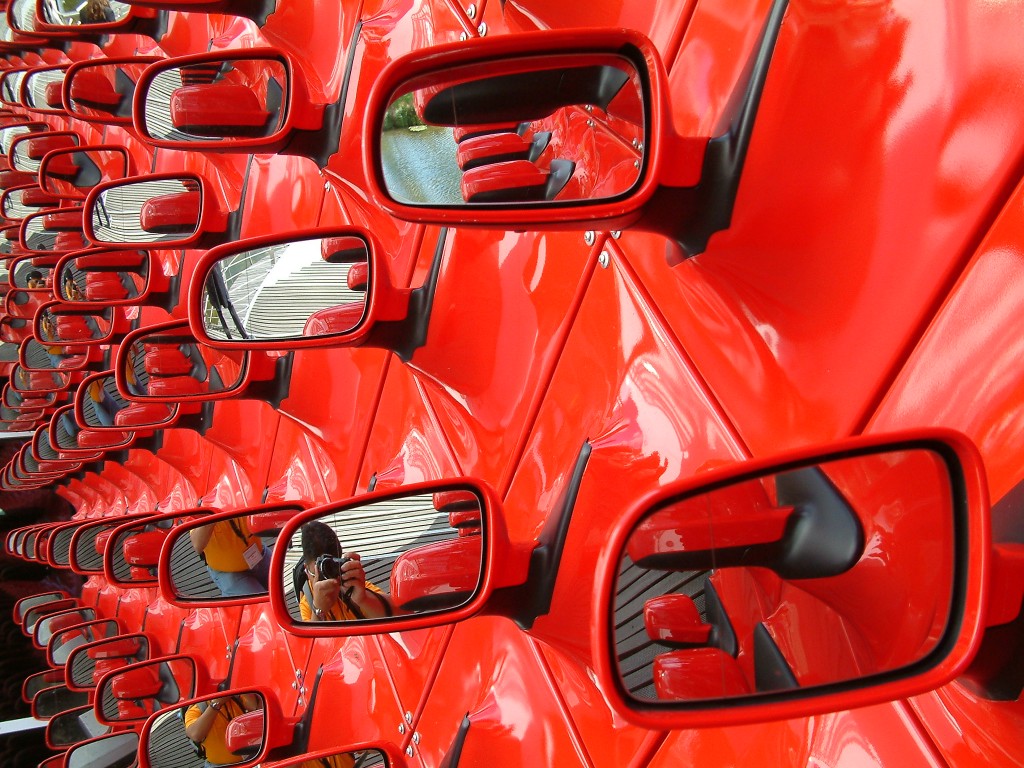 What’s amazing about this place is not that it welcomes so many visitors every day – even on a Sunday there were big crowds – but how many of those daily visitors, an average of 600, are actually here to pick up a car. Which given the opening hours of 8 am to 6 pm, amounts to a car a minute, delivered by automated elevator from one of the twin towers into an underground tunnel and up another elevator into the presentation centre to be handed over to a customer (who will have ordered their VW elsewhere). Cars produced locally, in the massive Wolfsburg plant that’s barely a kilometer away from Autostadt, are delivered directly into the towers by a series of tunnels that run from the factory beneath a man-made lake.

Autostadt isn’t just an amusement park for Volkswagen enthusiasts, however. Given that Wolfsburg is a town of 125,000 inhabitants, half of whom work for VW, it’s also kind of a town square away from the town square. There are playgrounds for the kids (including an area for them to get a “junior driver’s license” at the wheel of a miniature New Beetle), restaurants, shopping, and an open area that’s used for concerts, special events, and holiday celebrations.

A day at Autostadt isn’t expensive, if you’re used to Disney’s pricing structure. One-day passes are 14 Euros, 11 for kids between six and 11 (kids under six are free). Discount passes for the entire year, popular amongst Wolfsburg inhabitants, who treat the compound as kind of a second downtown, are also available. Ironically, the best way to get there from a major city in Germany is actually by high-speed train; take the ICE to the Wolfsburg station and make a left on your way out. It’s not like you’re going to be able to miss it. 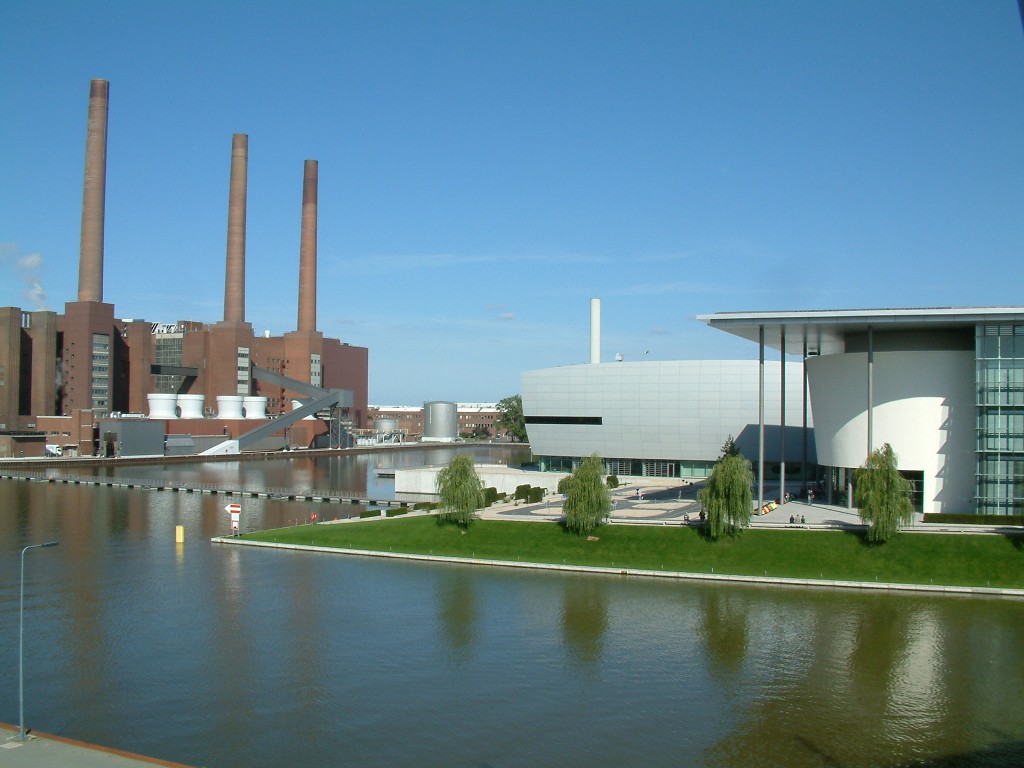