The Audi Q3 is a sports car for the urban jungle 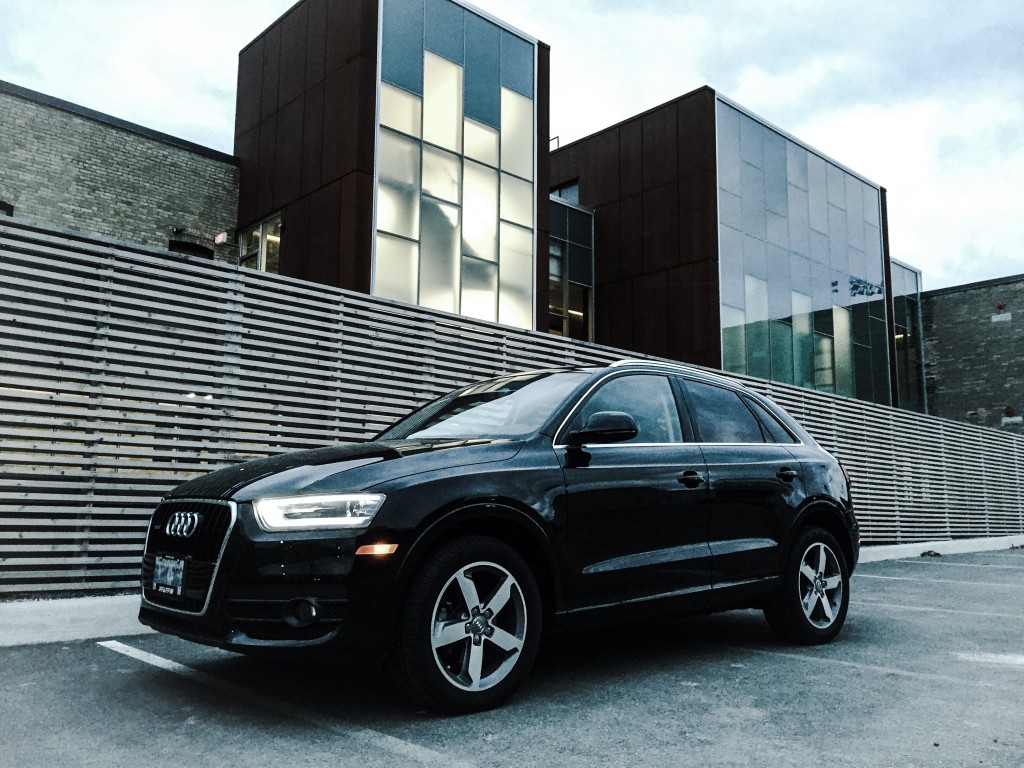 When you’re test-driving a car, as with everything else in life, it’s important to remember that context is everything.

I have to admit that the Audi Q3 and I did not get off to an auspicious start. It was a foggy, blustery Friday, with killer crosswinds, and I had a long trek lined up to head north and into the country. About five minutes after picking it up at Pfaff Audi Vaughan, I was caning it up highway 400, dodging tractor-trailers and speeding sedans in a rush to escape the city. The little SUV wasn’t in its element, the combination of strong crosswinds and speeding big-truck traffic tossing it around and robbing it of the traditional sense of security that you normally buy an SUV for.

The Q3 is, intentionally, not a big vehicle. While there’s plenty of space up front (the driver’s seat and steering wheel have a huge range of adjustment; if I slide the seat all the way back, I can’t even touch the pedals), the rear seat, while easy to access, is small, and the cargo area is abbreviated. If you’ve got kids you regularly need to load in and out of car seats – and all of the paraphernalia that they come with – a Q5 or a Q7 would be a better choice.

It’s there that the clue to the Q3’s purpose lies. This isn’t a vehicle to be making extended freeway trips in, or to bounce around the burbs carrying hockey equipment. It’s a small SUV – perhaps even the first one – designed specifically for urban life. And it’s been designed for people at a stage in their life where they want the style and seating position that you’d get from an SUV, without any of the compromised maneuverability, fuel economy, or ease of parking that SUVs normally come with. Ironically enough, after not getting off to such good terms at the start, I came to realize that in a lot of ways, it was actually the perfect vehicle for me.

Here’s the thing: I’m a single guy living in downtown Toronto and I’m a sports car fanatic, but the roads in and around the up-and-coming neighbourhood where I live are in a constant state of destruction or construction. I drive my old Porsche as much as I can, but sometimes, I need more room for stuff than will fit in its tiny front trunk, and forget about getting anybody in its back seat. An SUV, with big tires, and more suspension travel than a regular car, would be perfect for my around-town driving needs, but I don’t want to deal with having to squeeze one into tight parking spots, I don’t want something that sucks fuel (because fuel is what I save for fun), and I really don’t want something that feels truckish.

Enter the Q3. It has the tall tire sidewalls and long-travel suspension of an SUV, and it soaks up the bump and grind of downtown Toronto (and our pockmarked expressways) easily. Its truncated body – in profile, it has a really distinctive look thanks to its longish hood and short tail – will fit into the smallest underground parking spot, and you can parallel-park in spaces that more conventional trucks, or even a lot of cars, wouldn’t fit in. Furthermore, its high seating position, light but precise steering, and good all-round visibility make wheeling it around town, and around the mall parking lot, a cinch; since you can see out of it easily, and it’s so easy to handle, you’d be surprised at the swift progress you can make through difficult traffic.

In this context, it’s actually kind of shocking how fun the Q3 is to drive. The combination of its small size, a responsive 200-hp, 2.0-litre turbocharged four-cylinder, and six-speed DSG transmission, turn it into a weird little sports car for the urban jungle. It charges powerfully away from stoplights, the transmission responds instantly when you snap the gas pedal to the floor (or shift it manually), and the big mirrors and glass make it easy to take advantage of small gaps in traffic. All the while, you’re spared the punishment that a sports car would dish out when driving it that hard over expansion joints, potholes, and crumbling pavement. 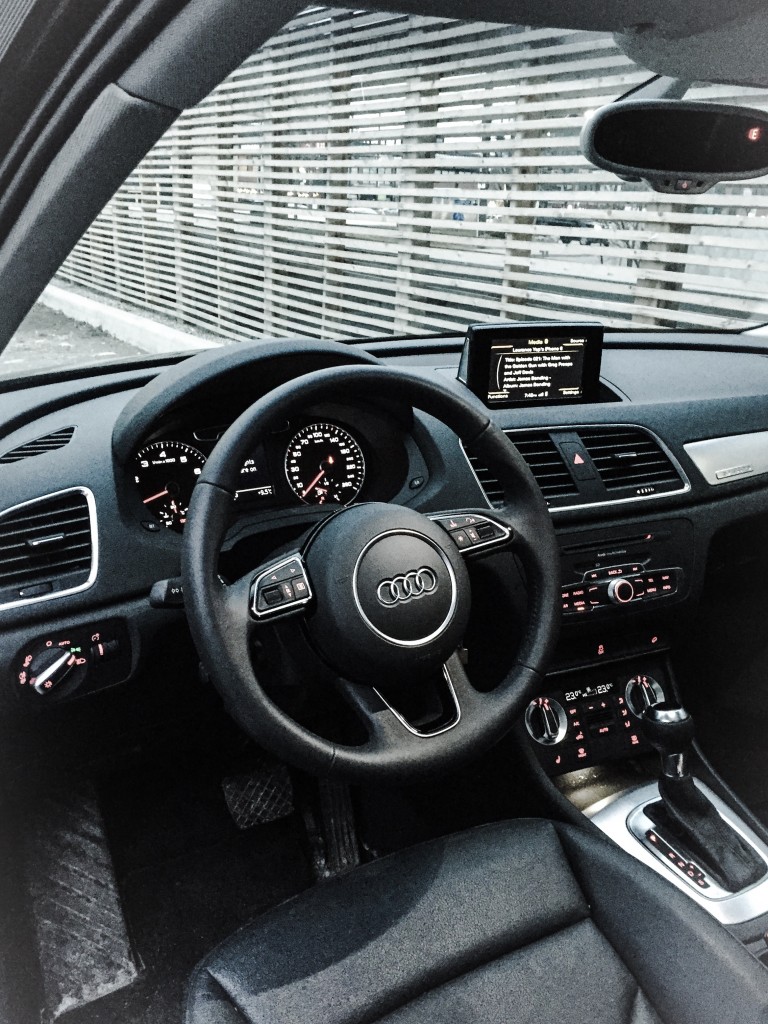 All the while, you’re still getting the same stylish, premium experience you find in bigger, more expensive Audi models. The seats are the same as those you’d find in bigger models (with power adjustments and lumbar support), and the dashboard is logically laid out and beautifully made. The high-resolution display screen is controlled by an MMI interface that sits on the face of the dash instead of on the centre console; that just makes it easier to access all of its logically-arranged functions. The instrument cluster is simple and clear, with a multi-function display that scrolls between trip computer, telephone, and audio functions, and the relationship between steering wheel, pedals, and shifter is just perfect. If you didn’t look behind you, you’d never suspect you were in something with such a small footprint.

The Q3’s rear seats aren’t expansive, but they are at least easy to get in and out of, and are perfectly adequate for shuttling around friends who would normally be taking a cab instead of hitching a ride home with you. Folding them down significantly expands the cargo area to the point where it’ll swallow pretty sizeable objects.

If you’re looking for a conventional SUV – something big, kind of tricky, and family oriented – the Q3 is probably not for you; depending on your space needs, a Q5 or a Q7 would be a better fit. What this is, and what I had a hard time wrapping my head around initially, is a whole new breed of SUV, a miniature urban warrior designed for urban dwellers with the responsiveness and ruggedness that city life demands, but with enough space for occasional passengers and a surprising degree of versatility. All without sacrificing the style and quality people seeking an Audi badge want. At $35,800 to start, and with very few options really needed (my test car only had $400 rear parking sensors and lacked for nothing), it’s a great way to get into the brand.