How an A7 drove itself from Silicon Valley to Las Vegas 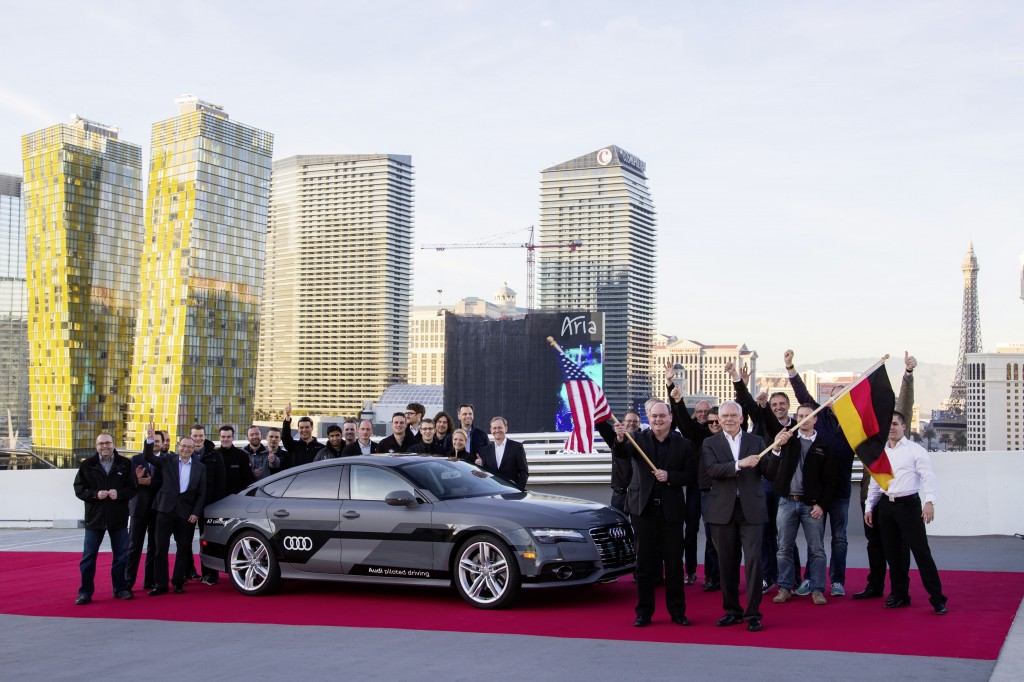 After 900 km of automated driving, Audi recently completed a successful demonstration of its autonomous A7 by completing a run from Silicon Valley to the International CES 2015 (Consumer Electronics Show), one of the world’s most important electronics trade shows.

Starting in Stanford, California, the A7 piloted driving concept drove approximately 900 km, to Las Vegas without incident, and with a number of journalists riding as passengers.

The A7 piloted driving concept uses the latest technologically advanced systems developed by Audi and offers autonomous driving from speeds of zero to 110 km/h. The car, affectionately named “Jack” by the development team, can also initiate lane changes and passing maneuvers. It accelerates and brakes independently. Before initiating a lane change to the left or the right, the vehicle adapts its speed to surrounding vehicles; if the speed and distance calculation is deemed safe, the vehicle initiates the lane change with precision and in a timely manner.

Laser scanners are mounted within the single-frame grille and the rear bumper skirt. The scanners deliver redundant information to provide detailed recognition of static and dynamic objects during piloted driving.

Before the piloted driving system reaches its limitations, in city environments for example, the driver is requested to take control of the vehicle to ensure safety. Multiple warning signals work in unison: coloured LEDs at the base of the windshield, signals in the driver information display, a Central Status Indicator (CSI), as well as a acoustic warning indicator requires the driver to retake control.

Should the driver ignore the signals, the system activates the hazard lights and brings the car to a full stop while minimizing any risk. In most instances the vehicle is stopped on the right emergency lane.