BMW M is the official car of MotoGP 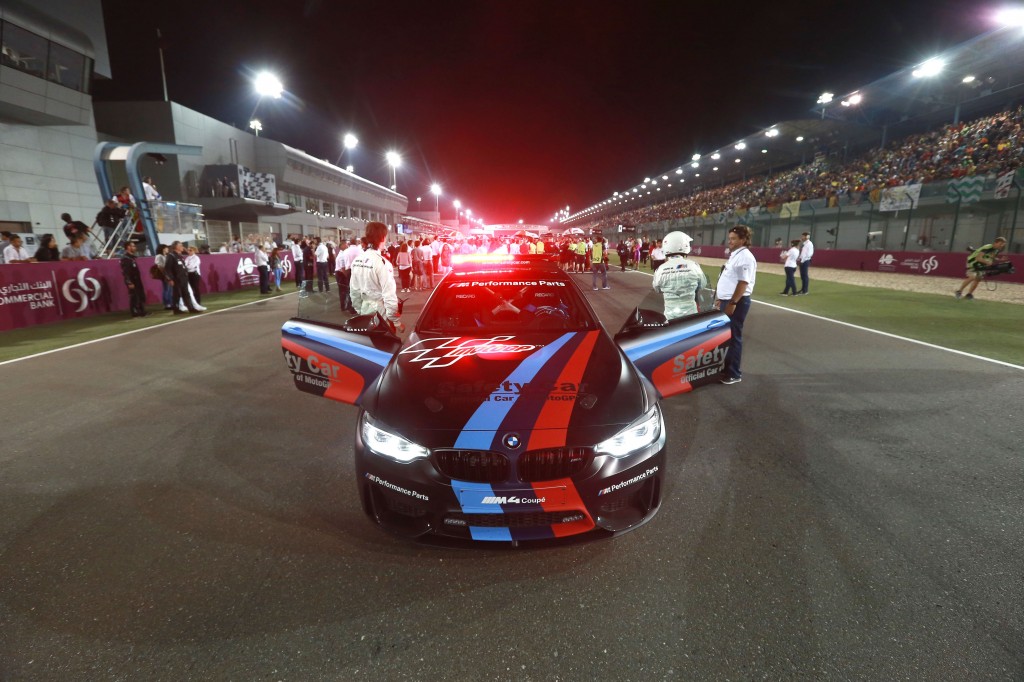 The opening round of the 2015 MotoGP World Championship in Qatar marked the start of a 17th season as “Official Car of MotoGP” for BMW M. BMW has been involved in MotoGP since 1999 and provides the series its official fleet of vehicles.

As always, the official vehicles sport some interesting technical features. For instance, the M4 MotoGP Safety Car took to the track this year with water injection for the first time. With this new technology, the engineers at BMW M have achieved a tangible boost in performance, due to the fact that water injection makes it possible to raise the upper performance limits, which have previously been restricted thermally. (Following intense testing within the MotoGP World Championship, the water injection system will also be employed in a BMW M production model in the near future.)

Water is injected into the intake module’s collector as a fine spray, significantly cooling the exhaust air during vaporisation. This lowers the discharge temperature in the combustion chamber and reduces the tendency for knocking. The turbo engine can therefore be operated with a higher pressure and an earlier ignition point. The result? An increases performance and torque, while at the same time keeping the M4’s outstanding consumption and emission figures. 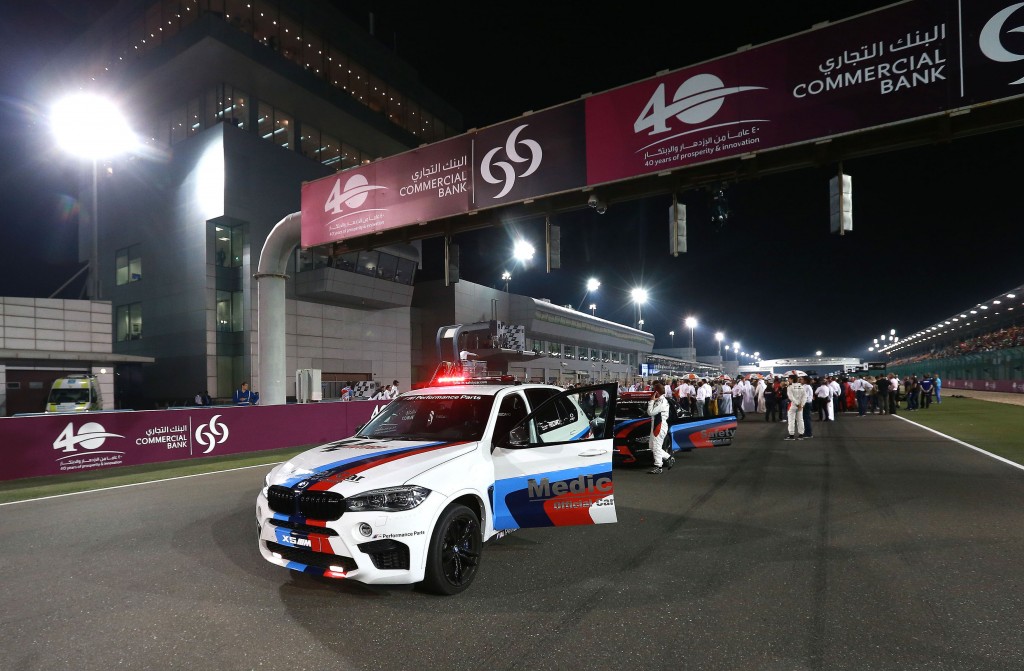 Another highlight of the MotoGP Safety Car fleet is the new BMW X5 M, which makes its debut as the Medical Car this season. As with all the vehicles in the Safety Car fleet, the BMW X5 M was prepared for its outings as MotoGP Medical Car in the BMW M factory.

In total, the fleet of official MotoGP vehicles comprises six BMW M and M Performance models. As well as the M4, the M3 and M6 Gran Coupé are employed as Safety Cars. A BMW M5 is available for the Safety Officer, while the new X5 M and the M550d xDrive Touring are used as Medical Cars. BMW Motorrad also provides two BMW S 1000 RRs as Safety Bikes. You can find more information on the 2015 Safety Car fleet online here.