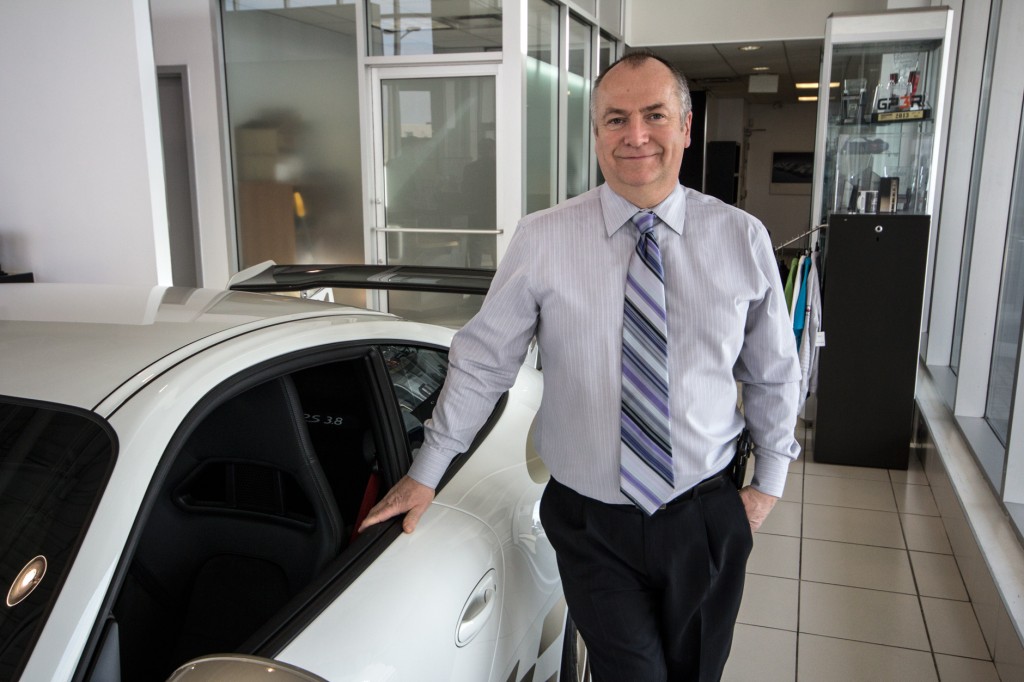 One of the many things you might not know about Mike McCarthy is that he’s a black belt. In addition to playing hockey, he took up Okinawan Go-Ju about 12 years ago, after many years in racing.

It’s one of many surprising things about Pfaff Porsche’s service manager. Originally hired in 1985 as Pfaff Porsche’s only technician – oh, how times have changed – he’s one of the country’s Porsche savants, and knows the ins and outs of their operations better than almost anyone. Unlike most service managers, who move into the role from being a service advisor, Mike’s grounding in the technical side of the business gives Pfaff’s customers a unique advantage. He’s able to better understand what a customer’s true requirements are (and be more sympathetic to their technical issues), and is able to meet manufacturer representatives on their level when ldldrking to resolve issues.

“Service can sometimes be challenging, because while the new car side of the business delivers people their dreams, we have to fix those dreams when things go wrong,” he says. “But helping customers out, and keeping their Porsche dream alive is what I love most about my job.”

Certainly, few people would be as qualified as Mike to be as immersed in the technical side of Porsche. His father used to race Porsches, including a 904 and a 906 Carrera 6 in the 1960s. Mike himself raced cars through the 1980s. In 1984, he won CASC rookie of the year, and in 1985 was the Formula 1200 champion. In 1988, he actually designed (along with Paul Shermet) and built his own car in his garage; his race cars always carried Pfaff sponsorship.

His best racing memory comes from the time he was driving his own car in 1988 (the year he also won the F1200 championship). At his home track of Mosport, due to a broken clutch during practice (and not being able to qualify), he started 42nd on the grid, but had worked his way up to first place on the lead lap. “There were guys getting out of my way because they knew I’d be coming; by then, my car’s design had evolved to where it had an enclosed rear end, which gave it almost an unfair advantage. In 1989, Mike ran a Reynard F2000 in the Export A Pro Series.

In the time since he joined Pfaff, the business has changed a lot over the years, but many things remain the same. “Obviously, the business has gotten a lot bigger, but the business profile hasn’t changed. Customers still want the Pfaff experience: exceptional service at every step of the way, from when they drop off their car, to its repair, to how it’s cleaned up before it’s given back to them. That’s what they wanted during all the years I was a technician, and it’s been the same since 2007, when I became service manager.” 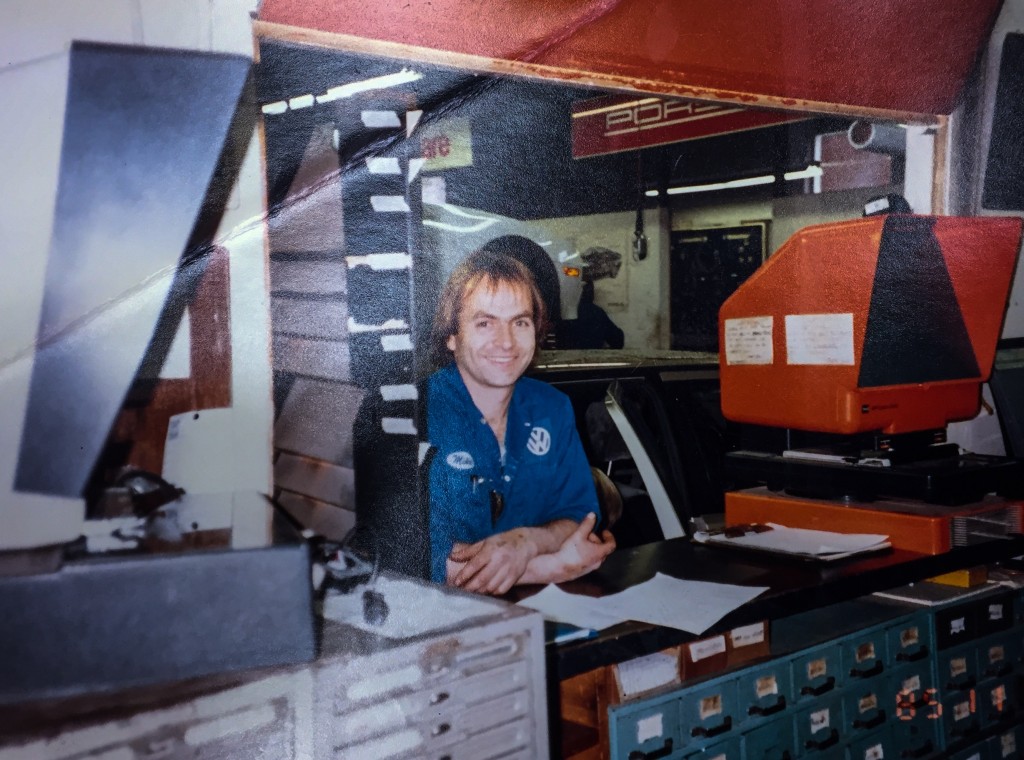 That he’s been with the company for 30 years now suggests that Mike loves working for Pfaff, a fact which he confirms. “Employees are treated very well here. The company understands that you have a life outside work, and they’re supportive of everything you do. And it’s not just management – it’s everyone in the company.”

His one piece of advice to Porsche owners?

“Sit on a couch for eight hours and how good do your knees feel when you try to get up?” he says. “Well, cars are like that too. The ones that sit for a long time develop more issues than cars that are driven. The best thing for your car is to drive it, enjoy it, and maintain it properly.”