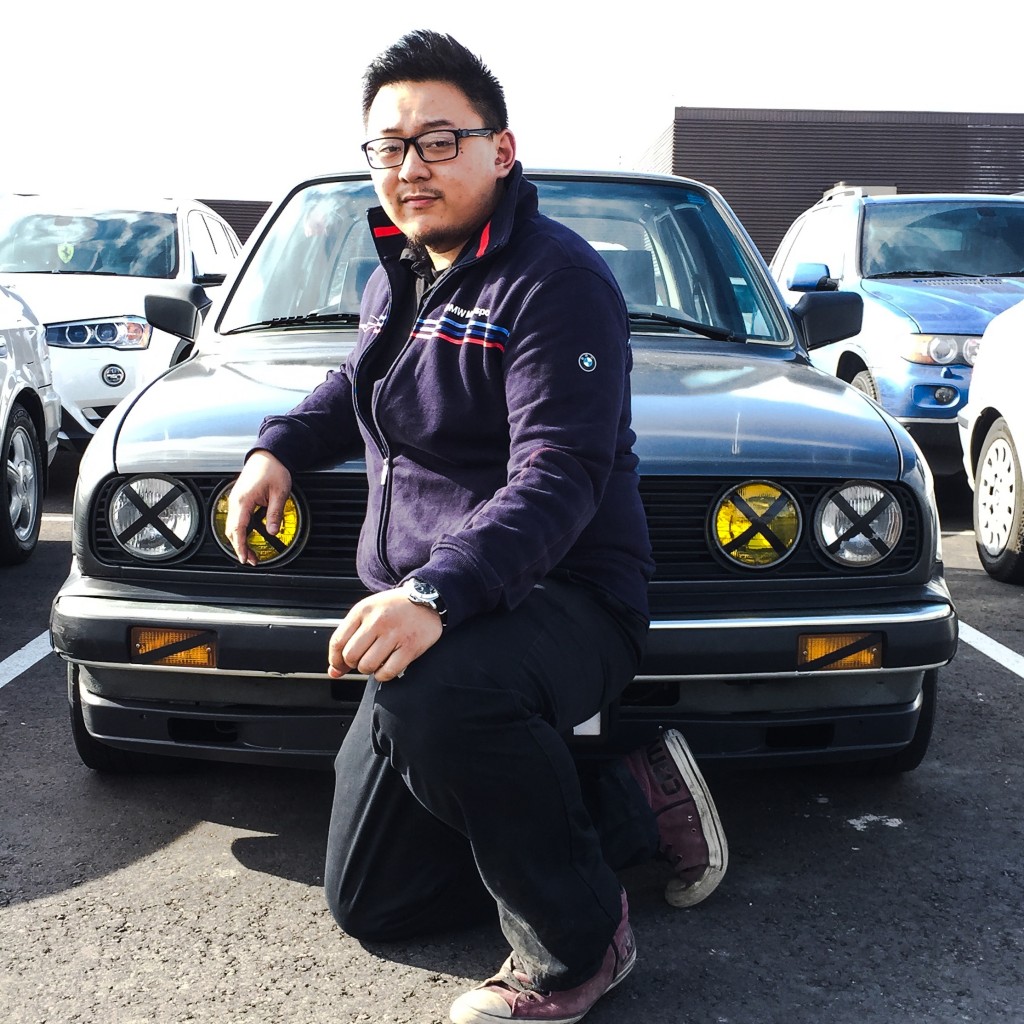 “I’ve wanted to work here since I was a little kid,” says Chris Chua, who’s one of the friendly faces you’ll find working at Pfaff BMW’s parts department. “When I was growing up, our family would eat at the mall across the street a lot. I’d wander over and check it out, even when the store was closed.”

Chris grew up in a car-loving family. Growing up, his dad had a string of cool cars – a couple of 1972 Celica GTs, a fastback Mustang, a 240Z, and a second-generation Toyota Supra that his dad used to take Chris for rides in, to help put him to sleep. He’s owned a string of cool cars himself, thought his personal focus has been very much on BMWs. His first car was an E36-generation 325iS, a car that he drove “until it would literally not go anymore.”

He currently has three BMWs, each modified, each with its own story. There’s an E34 525i which is about to become his daily driver, which he wants to turn into something cool to cruise around in; there’s an E39 530i with M package that he shares with his dad, and which is fitted with an 18-inch wheel upgrade and R-compound Bridgestones. And there’s his current daily driver, a E30 325e, which he’s preparing for an engine swap to a larger 2.8-litre engine.

Sitting in the employee parking lot, the first thing you notice are the electrical-tape X’s over the lights. “I was going to do a rally build with that car,” he says. “Short shifter, rally lights; I wanted to go ice racing. It’s got a quick-release Nardi wheel, a limited-slip differential, and it “goes through rear tires like water.”

Chris has worked at the dealership since he got out of high school. He was working as a co-op student in the shop four years ago, and then was an apprentice. Then, as a parts runner, he supported technicians in turning around jobs quickly by picking and running parts to them efficiently. In shipping and receiving, he learned how the department was organized and how to work more efficiently.

He’s also worked both parts counters. At the back, supporting the technicians, he learned about engine internals, suspension parts, electronics; up front, he faces customers looking for upgrades and enhancements – from winter floor mats to performance parts.

As you can imagine, given the number of upgrades he’s made to his own cars, Chris has become sort of a “go-to” source for the BMW enthusiast community when it comes to advice on performance upgrades. He manages Pfaff BMW’s relationship with BMW True North, and members of the group often reach out to him directly for advice (and for deals; members are offered a 20% discount on parts).

“While we see a wide spread between old and new cars, both in the dealership and online, a lot of the customers I deal with are driving newer cars,” he says. “And the great thing is, the performance parts that we sell are all factory-approved, and they don’t void your warranty. There’s been great demand in particular for the M Performance exhausts, for intakes, and other factory bolt-ons. I love dealing with customers that want to upgrade their cars, but keep their warranties, and know the value of BMW-approved upgrades.”

Ask Chris what he loves about his job, and he says it’s tough to compare; this place is all he’s known. “But I can say that I love working here. We’re like a family; we all have each other’s back, and we love dealing with customers and we love helping them fix and upgrade their cars.”