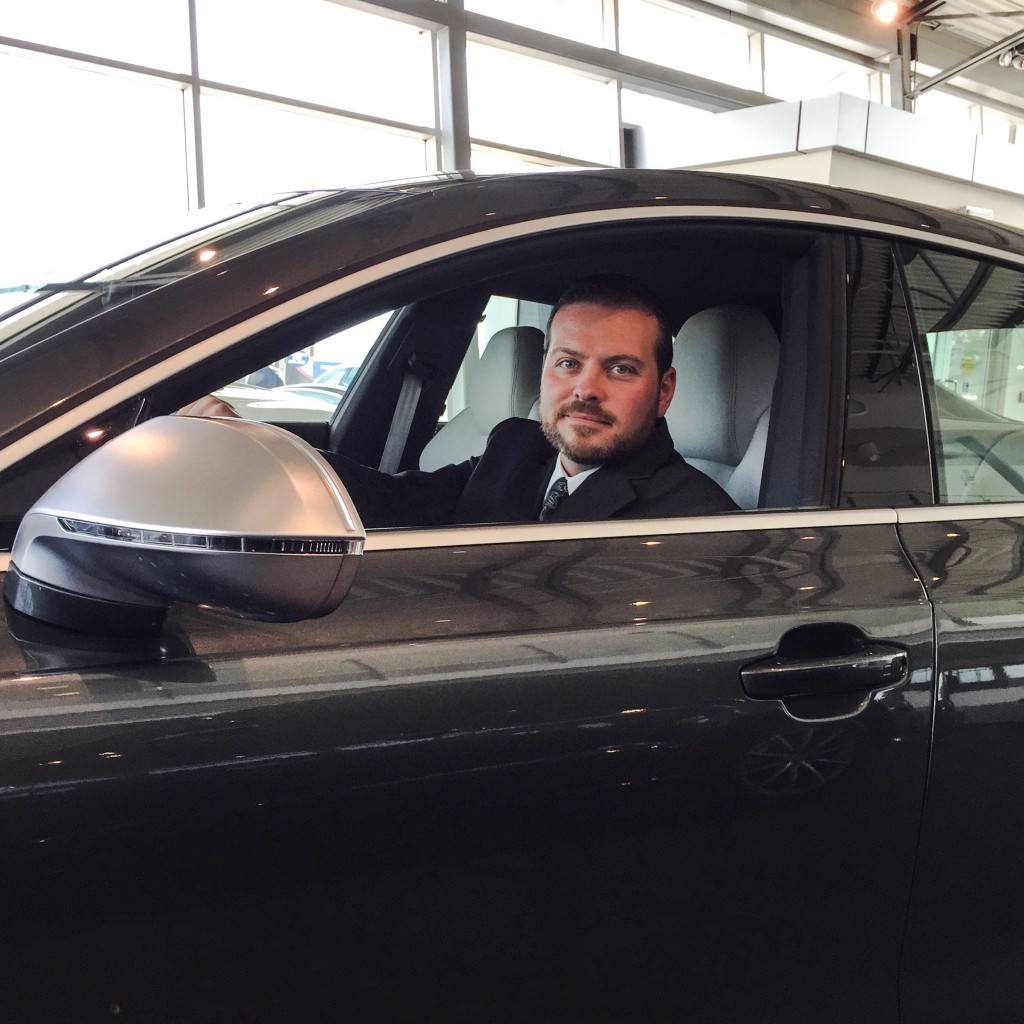 “The most interesting car I ever sold,” says Johnny Forgione, “wasn’t even really a car. It was a special Audi Model Type C pedal car. Its MSRP was $20,000, and it was for a good client of mine with a very impressive garage, that wanted to display it in his office downtown. Hand-delivering it to him was quite an experience. I tripped on a set of stairs, I busted up my knee, and I destroyed my suit.”

As he’s saying all of this, he’s laughing. Johnny loves working with his clients, even when things don’t go a hundred per cent right. He says, “bringing people together with the right car is so satisfying. Meeting them for the first time, helping them figure out their needs and wants, taking them out in the car, and building relationships that last a lifetime, that’s what I love about this business.”
Other than what he describes as a “short break from the car industry – I missed the cars so much, I came right back,” Johnny has been part of the Pfaff family almost from the start. He started parking and detailing cars at the company’s Newmarket facility in 1999. While he was attending Georgian College, where he received a degree in automotive marketing, he worked for various Pfaff business, including at the body shop; as a sales greeter; as a porter; and a detailer at the Pfaff Porsche facility when it relocated to Woodbridge. After he graduated, he took up sales at Pfaff Volkswagen in 2003 before coming over to the Audi store.
“I love working with clients,” he says. “These days, with the amount of information that’s available online, people often come in thinking that they know exactly what they want. And some of them do. But I enjoy working with them, and I really like doing the test drive. We keep saying, the test drive is the one thing that people can’t do online. So  I usually will drive for the first bit, demonstrate the vehicle’s features, before handing the car over to the customer to let them experience it themselves.”
The importance of the test drive is something about the Pfaff culture that Johnny totally buys into. He buys into the rest of it as well. “It’s a special feeling, working here. Everybody just seems to get along here; it’s a great group of people, and even though we’re a large dealership selling a lot of cars, there’s a special atmosphere, and I think it’s something that customers feel the moment they walk through the front door.”
Previous Post Next Post