Pfaff Auto | Blog | TDI Tuesday: the Touareg is a luxury SUV with none of the baggage

TDI Tuesday: the Touareg is a luxury SUV with none of the baggage 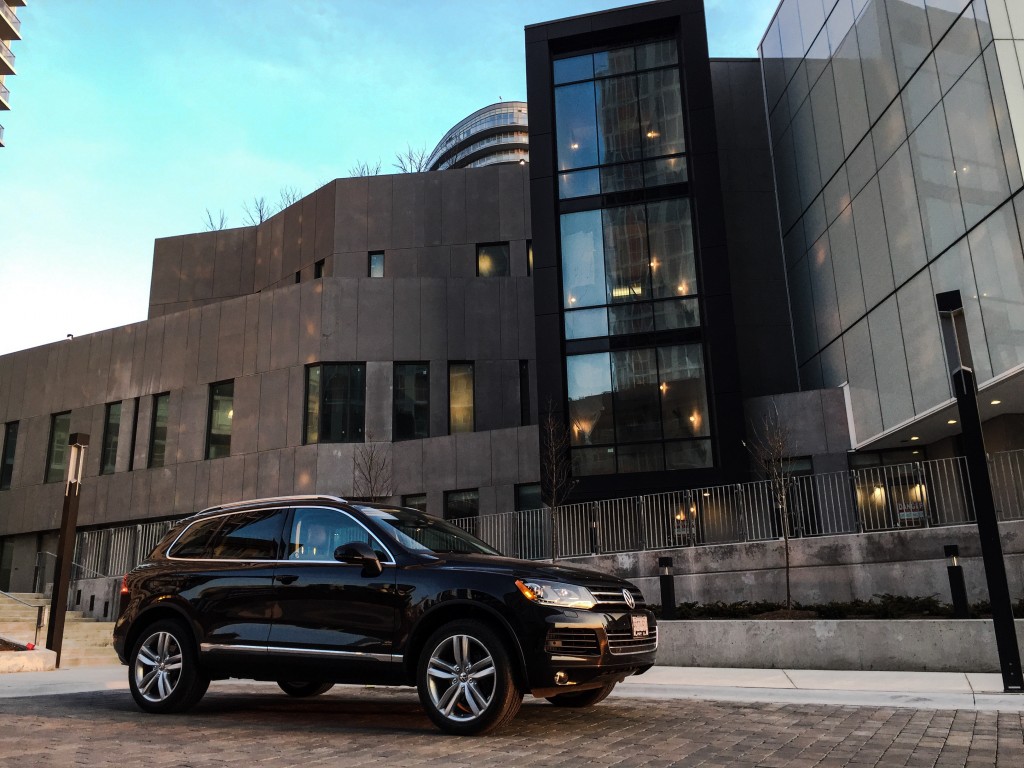 What, exactly, defines a luxury vehicle? Is it the features that it has packed underneath the hood, that are displayed on its dashboard or activated by remote control? Is it the quality of the materials presented to you inside and out, and how well all of the pieces fit together? Is it the feeling of reassurance you get when you slam the door and hear that “thunk,” or the way you feel safer behind the wheel?

Or is it a badge?

Judged by anything other than that last criteria, the Volkswagen Touareg can hold its head high as a fully paid-up member of the luxury SUV class. And for that reason, it may well be the perfect automotive representation of the particularly Canadian trend of “stealth luxury” – a phenomenon where buyers want to indulge and pamper themselves without letting on to the outside world just how much pleasure they’re having.

Let’s take features as an example. Not only does the Touareg make available all of the same high-tech gadgetry that you might reasonably expect from a luxury SUV – things like a touch-screen navigation system, dual-zone automatic climate control, xenon headlights with LEDs, parking sensors, back-up camera, killer audio system – but it also throws them all in as standard equipment, instead of making you pay extra for them.

More interestingly, unlike more mainstream SUVs, where features like this often seem afterthoughts, tacked on after the “basic” car was already signed off, all of these features are fully integrated with each other and with the Touareg. Take, for instance, something simple like the clock in the instrument cluster screen, which sets itself automatically thanks to it talking to the navigation system, which grabs the time from passing satellites (the same screen, incidentally, renders navigation instructions in high resolution).

Or there are the memory controls, which not only save your seating positions, but also your radio presets, your choices for how you’d like the map to be displayed, the amount of time you prefer the exterior lights to remain on after locking the car, and a number of other car-related preference items. Shift into reverse, and the music turns down, so you can concentrate. All of these are little things – but they all add up to an experience that is distinctively more luxurious because they’re there.

The Touareg’s available TDI clean diesel engine and the way it delivers its power and torque is another decidedly luxurious offering. Indeed, the Touareg is the only midsize SUV available from a mainstream brand with a turbodiesel six, which puts it on par with drivetrains from companies like BMW, Audi, Mercedes-Benz and Porsche. Thanks to plenty of sound deadening and a brilliant eight-speed automatic transmission, the 3.0-litre engine is always superbly refined, pulling away from stoplights strongly and silently, and delivering tremendous passing punch on the highway without any unseemly grumbling from the engine room.

The TDI is the perfect match for long commutes, and is also an awesome ally when towing, delivering as it does 406 lb-ft at 1,750 rpm, making trailering a boat, a race car, or a pair of horses totally effortless. Coming at just over $3,000 more than the gasoline V6, the TDI is more expensive to buy, but it also much more economical: even lead-footing it around downtown Toronto, I managed to average 8.9 L/100 km, which is stellar for such a big, fully-loaded SUV. And while you may need to drive a lot of miles to make up the price difference, the difference in refinement immediately pays for itself.

“Refined” would also be the correct term for the way the Touareg rides and handles. The steering has that nice German heft, but filters out road imperfections for a relaxing steer. The ride on the 20” wheels is a bit lumpier than you might expect, but very well-damped; if you regularly traverse rough roads, you may want to choose a Sportline or Comfortline, which come with smaller wheels and taller sidewalls. At any speed, wind and road noise are a mere murmur, and braking is strong, smooth, and easy, with a well-modulated pedal feel and excellent stopping power.

Priced at $68,575, my Execline demonstrator carried a price which placed it well into the luxury SUV class, to go with all of its beautifully-integrated luxury SUV features. The good news is that almost all of its inherent goodness – the superb refinement, powerful and smooth drivetrain, stunning build quality and the solid feel it delivers – can be had for a base price of less than $54,000 for the Sportline, without sacrificing many of those high-end features. Step up to the $59,375 Comfortline, and you get the same navigation system, moonroof, and similar power seats with manual (rather than power) lumbar support; the upholstery will be Titan black leatherette instead of “Vienna” leather, but the two are almost indistinguishable to my eye. 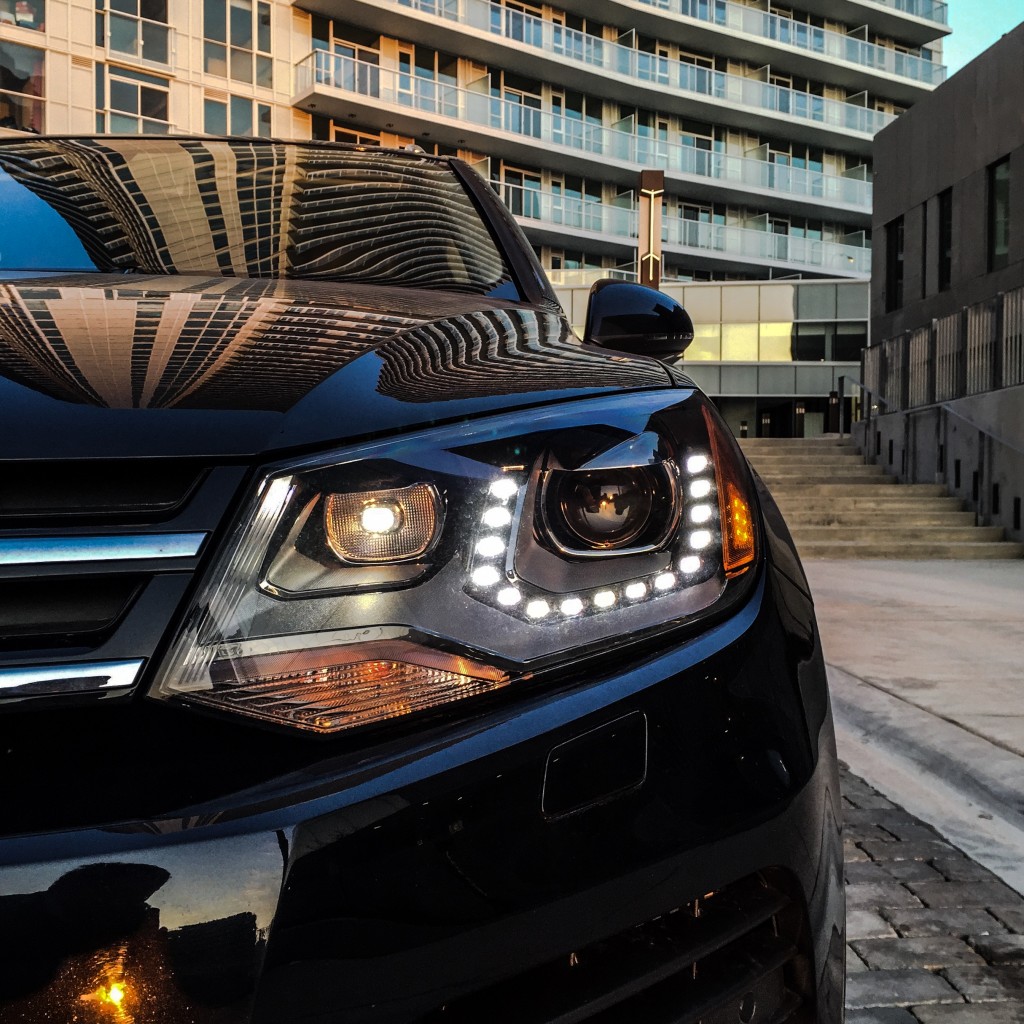 Regardless of what trim level you choose, there’s something about the Touareg – the way it cocoons you the moment you get in and slam the door, the way it goes down the road, the way it makes you feel – that elevates it beyond its badge and into the realm of something special. It’s like driving a luxury SUV without having the luxury-SUV stigma; it’s indulgent without being obnoxious; it’s fully-loaded without being full of pretension. It’s something you’re really going to like.