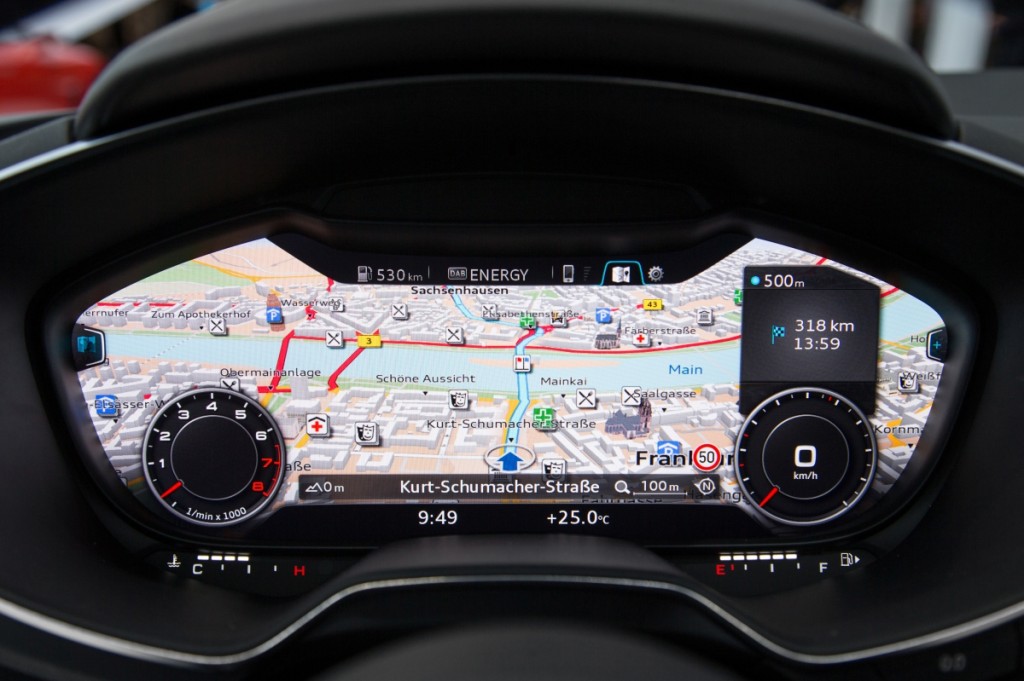 You may think of Audi as a car company – and it is – but these days, cars are as much about bits and bytes as they are about camshafts and cylinders. And while Audi has always been at the forefront of in-car technology, its latest efforts in electronics have placed it head-and-shoulders above the rest of the industry. Audi press conferences are now highlights at the Consumer Electronics Show – a show where the brand recently presented its virtual cockpit technology.

Virtual cockpit is the fully digital instrument cluster of the future. Its contemporary TFT display has a 12.3 inch diagonal measurement, with a super-high resolution of 1,440 x 540 pixels. All screen contents are razor sharp, brilliant, and rich in contrast. High-end animation and lighting effects round out its state-of-the-art look. 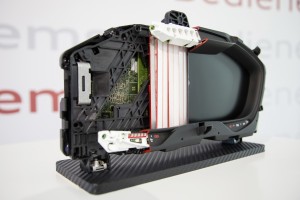 A fast graphics processor is at work in the background. Audi is the first carmaker in the world to use the Tegra 30 chip by Nvidia, a company with whom Audi has partnered for many years now. For the tachometer, the processor generates 60 frames per second, so that the needle shows the engine speed with absolute precision.

The driver can toggle between two user interfaces (modes) by pressing the “View” button on the multifunction steering wheel. In Infotainment mode, a central window dominates the view – it offers a big stage for the navigation map or for lists in the Phone, Radio and Audio areas. In this mode, the tachometer and speedometer, the latter with a digital display, appear as small round instruments on the left and right sides. In the Classic view, the middle window is smaller, and the instruments – with black scales, red needles and white numerals – are about as large as today’s instruments.

In the Audi virtual cockpit, the user can have any of the available information displayed – such as the navigation arrow, dynamic vehicle animations and images from the rear camera as well as graphics from the assistance systems. The display changes its context-related colour scheme according to the main menu selected. In the Media menu, for example, the colour is orange as it usually is with MMI, while the screen is tinted green for the Phone menu. Indicators with fixed positions are displayed along the lower border; they show the outside temperature, clock time and odometer readings as well as warning and information symbols. LEDs indicate the engine coolant temperature and fuel level.

Virtual Cockpit will make its debut on the new Audi TT, arriving later this year. It is also a highlight of the new R8 and Q7 models.