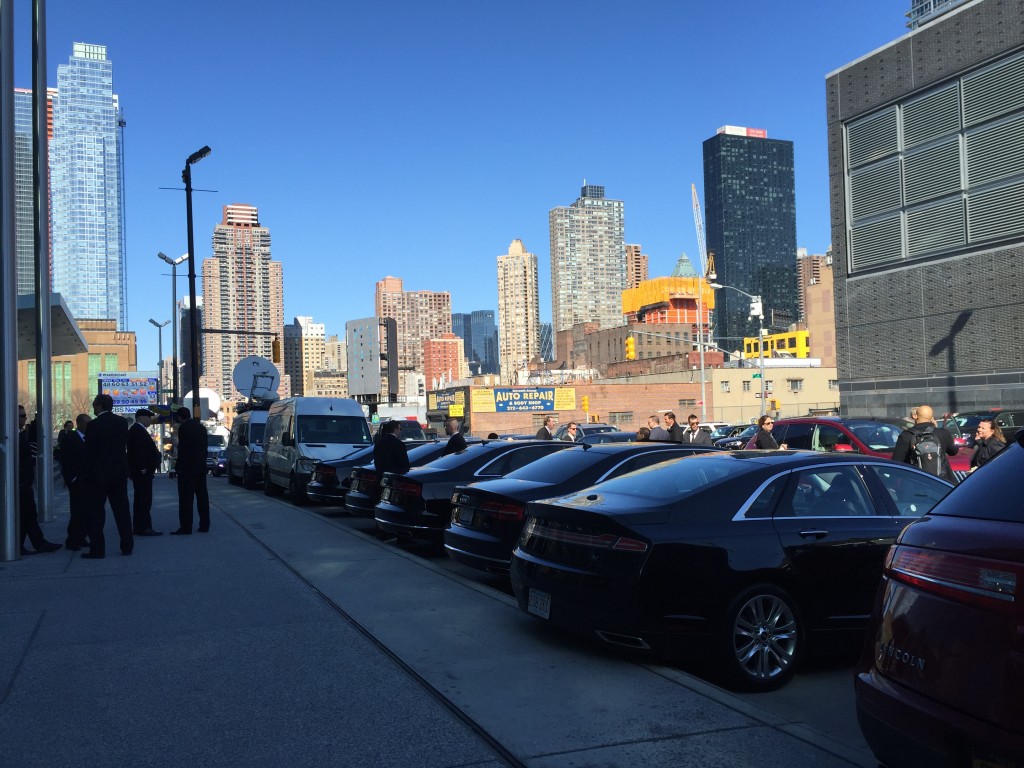 It’s pretty funny looking at 11th avenue outside of the Javits Center on the first press day of the New York autoshow. Good luck if, for instance, someone’s arranged a car to pick you up, and it’s a large black sedan. There are hundreds of big black sedans backed into the curb – BMWs to Chevrolets to Audis and Volkswagens and everything in between. Look more closely at each of these black sedans and you can tell which is the boss’s car: he’ll be in the A8 with the W12, while his minions will each be travelling in separate TDI-powered ones.

New York’s show has faded in and out of importance over time. It was, for years, America’s premier auto show, before the twins of Detroit and Los Angeles rose to prominence. But as those two shows have gone more mainstream, some manufacturers, particularly the luxury brands and those with more specialized products to present, have gravitated back toward New York – a place where the money, the power, and the influence lies when it comes to high-end cars.

That’s not to say that New York isn’t fun. Volkswagen proved that by launching not one, but four, special edition, Beetle models, to celebrate the 60th anniversary of the car first arriving in North America. The R-Line concept is targeted at performance enthusiasts, with an aggressive front bumper (that looks like a Porsche GT3’s), a big rear diffuser, big wheels, and a big rear spoiler. Two special-edition convertibles include a Habanero Orange retro model and a Pink Color Edition. Finally, there’s a convertible done up in blue that features denim seats. 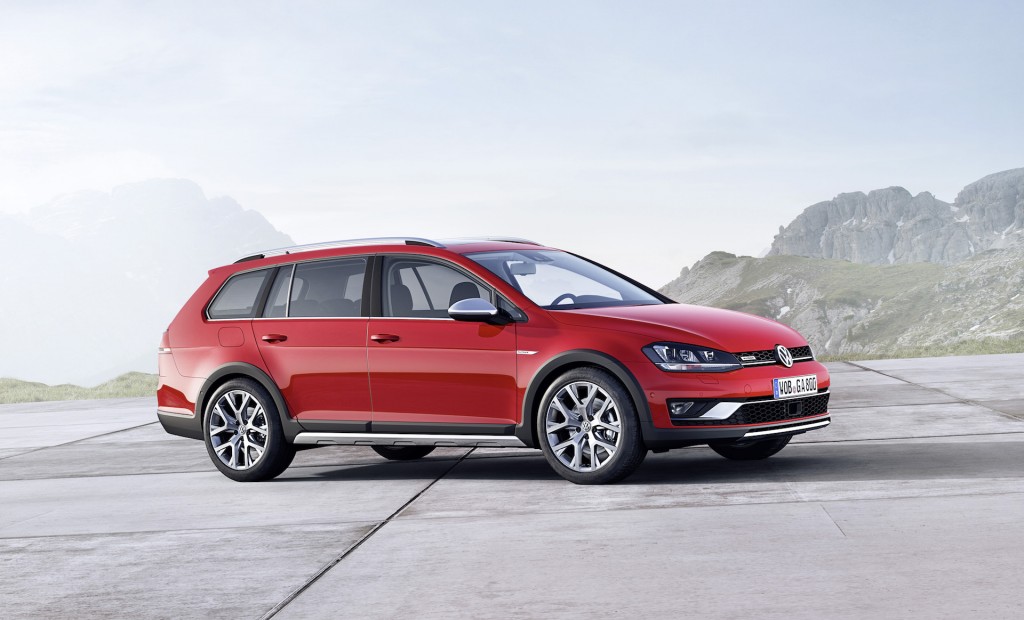 More important for Volkswagen is the 2017 Golf SportWagen Alltrack. Previously offered in Europe, it’s now coming to Canada, featuring all-wheel drive, lower body cladding, and higher ground clearance – combining the looks and higher seating position and ground clearance of a crossover with the economy and ease of driving of a Golf.

While there was no new model launched at the BMW stand (it was the B6 Gran Coupe’s North American debut), the brand brought along a couple of amazing race cars to celebrate the 40th anniversary of its North American operations. A 1975 3.0 CSL sat alongside a current Z4 GTLM race car, both done up with the iconic M stripes. 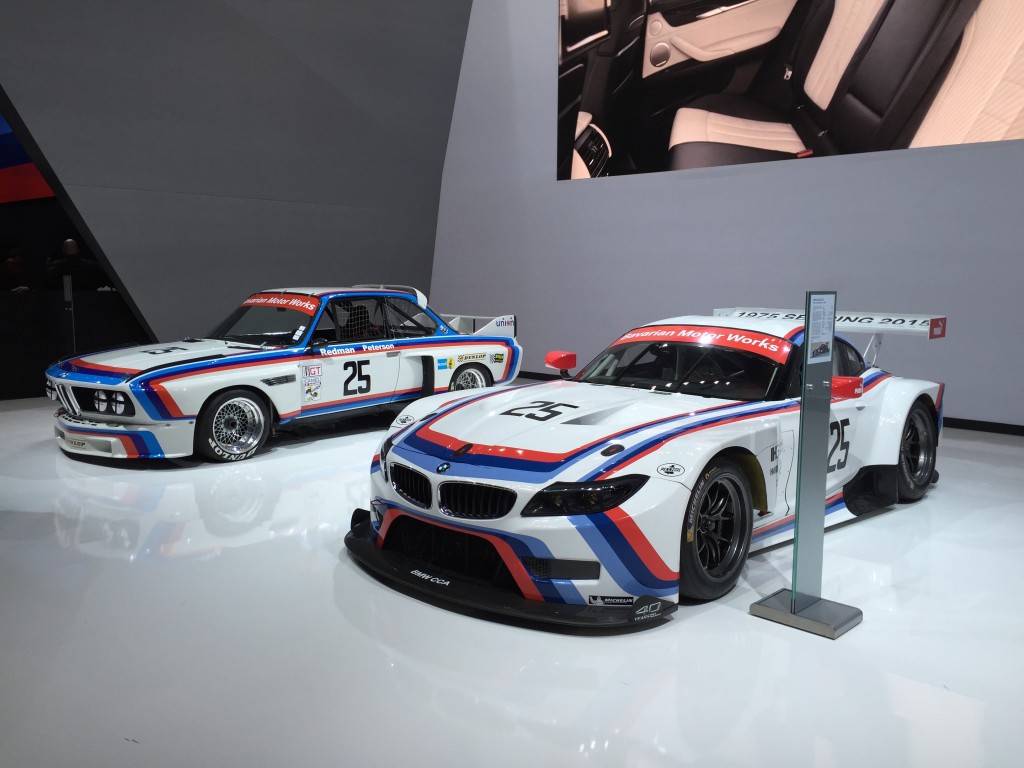 Toyota’s young Scion brand (coming to Hallmark Toyota this June) introduced two new cars in New York: the iA is a small, economical sedan, which shares its architecture and much of its interior with the new Mazda2, including a nice seven-inch touchscreen. With a zippy 1.5-litre engine and six-speed manual transmission (an automatic is available), it should actually be a fun little car to throw around. In Canada, this small sedan will be sold as a Yaris. Think of the Scion iM as the spiritual successor to the well-liked Toyota Matrix. Lower, wider, and more aggressive-looking than its predecessor, it is nonetheless as versatile and practical, with seats that fold down easily and a large cargo area.

The excitement at the Porsche stand was all around the world premiere of the new Boxster Spyder, which is, if anything, even more of a purist’s sports car than the original. Now available solely with a manual transmission to go with its 375-horsepower 3.8-litre flat-six, it still features a stripped-out interior (with radio and air conditioning optional), a suspension that’s been tightened and lowered by 20mm, and a gorgeous (mostly) manual soft-top that gives it a look totally distinct from the regular Boxster. Priced at $93,600, this car is an instant classic and will become a true collector’s item. 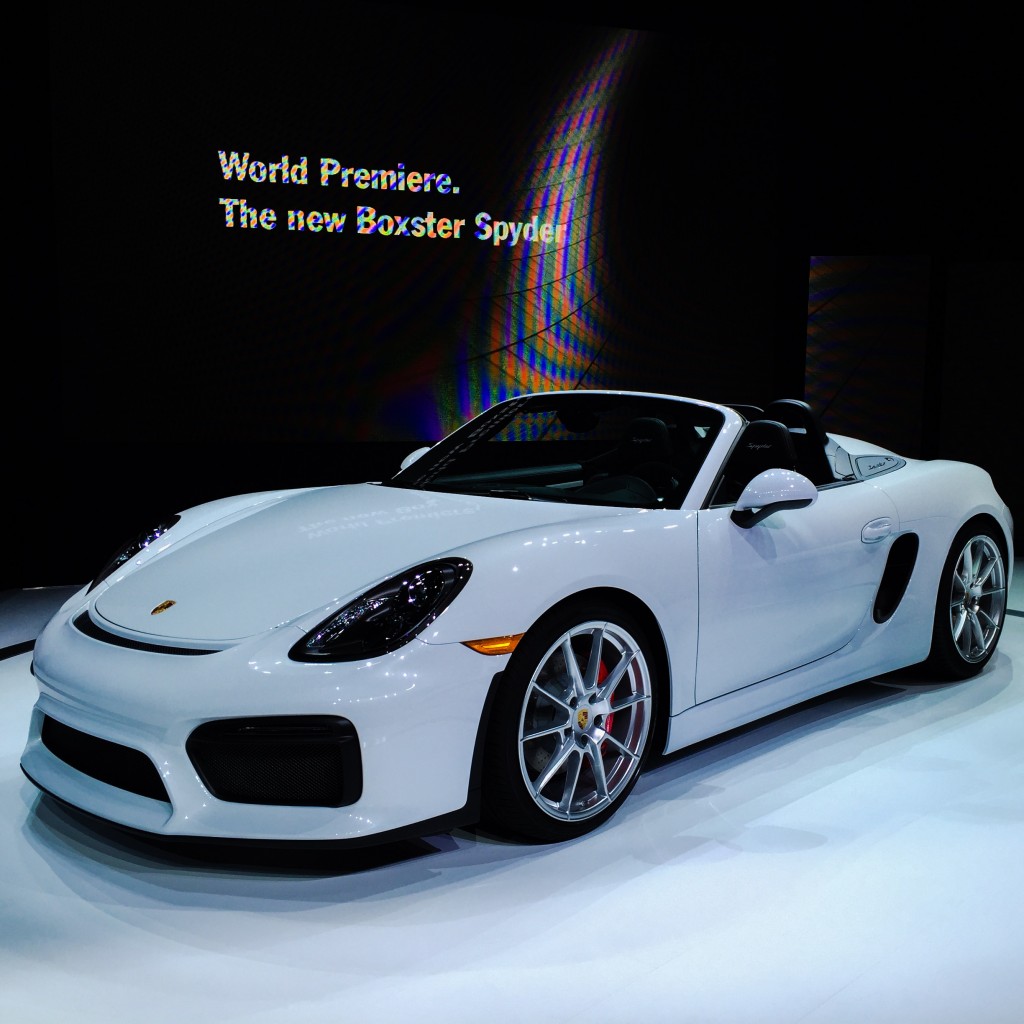 However, the undisputed star of the 2015 New York show is something you’ve seen previewed extensively on this site already: the McLaren 570S. Its stats are so impressive they bear repeating: 570 horsepower from its 3.8-litre, twin-turbocharged V8, a seven-speed, seamless-shift transmission that delivers 100 km/h to you in 3.2 seconds, and a carbon-composite tub wrapped in exquisite aluminum bodywork that combines the best elements from the 650S and P1 into something totally unique in its segment. 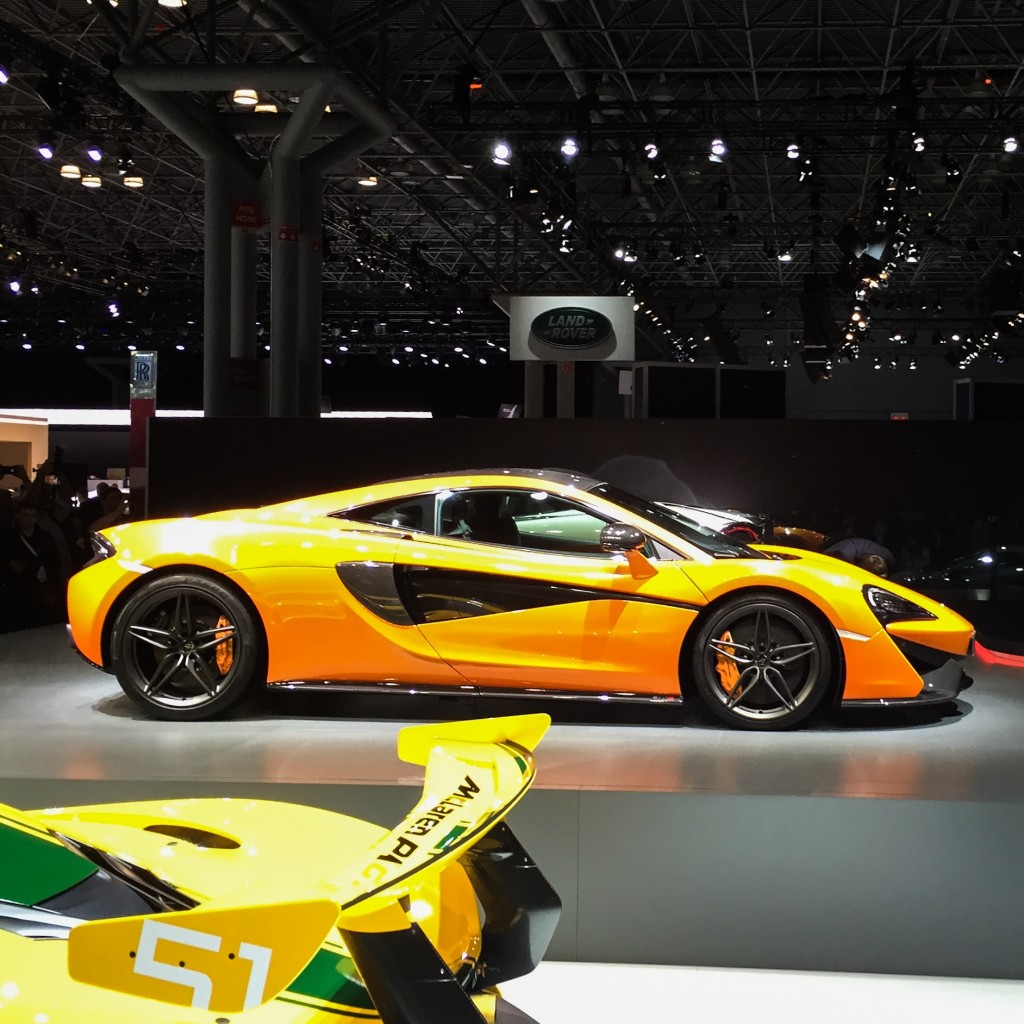 We can’t wait to introduce these great new cars to you in person in the coming months.