Allison Pigden | On Wednesday, November 5th, Pfaff was a proud sponsor of the second annual Canadian Business CEO of the Year Awards. The event was held at the Four Seasons Hotel and Pfaff showcased a Porsche Panamera and BMW 750.   The evening was hosted by Dianne Buckner of Dragon’s Den as guests celebrated the top CEOs in the country over a delicious three course meal.

The evaluation process for the awards are rather extensive, it is one of the toughest in the country, as outlined by James Cowan, Editor-in-Chief of Canadian Business. He says “Every CEO of a large Canadian corporation is a potential candidate, but only those who have seen their corporations rise to become among the best in their sectors make it to the short list for each of the four awards. We then ask our Advisory Board of eleven distinguished Canadian leaders to rate each CEO on four crucial factors: vision, innovation, strategic thinking and social responsibility. The CEOs who get the highest scores in each category win.”

Congratulations to all of the CEOs that were nominated and the winners of the Awards that evening! 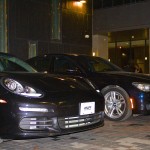 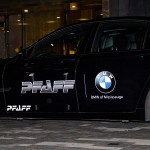