ONE ON ONE: Coffee with Horst Bulau

Naveen Islam | On Wednesday, October 22nd, Horst Bulau was inducted into Canada’s Sports Hall of Fame in recognition of his career as an Olympic Ski Jumper. Horst, who has been with the Pfaff group for almost twenty years, is currently a sales executive at McLaren Toronto. Proud to call him one of our own, we asked him to share some words on his life as a legendary athlete and a national treasure.

1. How did you get introduced to ski jumping and at what age?

I grew up at the Ottawa Ski Club where I was already racing competitively at the age of six. I used to jump on my breaks, just for fun.

2. How can you best describe the feeling of ski jumping?

A floating sensation. It’s like flying. I always tell people that if you’re in a car going 80- 100km/h and you stick your hand out of the window you can feel the air in your hands. It’s all aerodynamics and physics, just like an airplane.

3. Who is your greatest mentor?

My father. He came from a foreign country with nothing and did everything to provide for his family.

4. What was the highlight of your ski jumping career?

I’ve got a couple. Being the first non-European to win the World Junior Championships in 1979 and winning my first World Cup in 1981. It’s a really prestigious event that takes place annually in Garmisch-Partenkirchen, Germany.

5. If you weren’t currently employed with Pfaff, what would you be doing?

No idea. I’d probably still be involved with the sport or be doing something sports related.

6. Who would you say is your biggest fan?

7. If you could have dinner with anyone (dead or alive), who would it be?

I’ve had dinner with a lot of important people but I’d have to say my parents and my oldest sister who have all passed. It would have to be with them.

8. How do you deal with nerves?

Put everything to the back of my head and focus on the task at hand. More or less just try and clear your mind. Sports psychologists will advise you to use imagery and breathing techniques, they work, but you have to believe in it.

9. What piece of advice would you give to Canadian kids that are just getting into sports?

My best advice for anybody; stay diversified. Don’t specialize too early. I used to race, jump and in the summer, I would golf and water ski. If you can stay at a competitive level in a few different sports, it will make you an overall better athlete.

It would definitely have to be a multi-purpose car, I’ve got kids. A Porsche Cayenne.

If you would like to read further into Horst’s induction into the Canada’s Sports Hall of Fame please check out the article from the Ottawa Citizen. 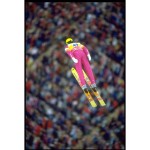 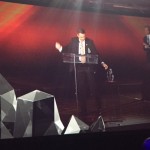 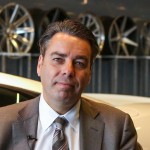 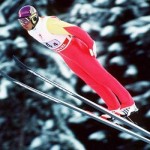 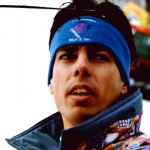 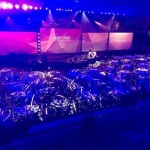