Hands On: All-new Audi A3 compared to the all-new Mercedes CLA 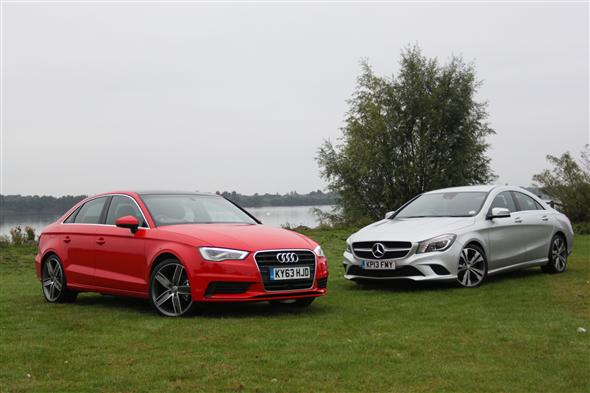 Generally I associate the Toronto’s Distillery District with bachelor parties, patios, and planning for a designated driver; but Audi Canada recently invited me to drive the 2015 A3 back to back with the 2014 Mercedes-Benz CLA. Audi has made it clear that the CLA will be the main competitor starting out and North American ads all hint that the wait for the Audi A3 being worth it and to skip the already available Benz.

After an hour of in-class information I had a chance to drive them. I drove the CLA first. The CLA has a sporty design which shares its lines with the larger CLS sedan. This one was a fully loaded red CLA with sexy black wheels – just as I would order it. I opened the door only to remember what I had read online; the CLA is a sub-compact “A Class” in Europe and the exterior had been stretched to be the size of the Audi A3 for North America. I quickly realized that this would be my one and only time driving the CLA. My head touched the ceiling if I wanted to reach the steering wheel. This meant it was unsafe to drive because any accident would lead to immediate head injuries. I needed to know how it drove knowing it would be a common question from clients so I took the uncomfortable risk.

The CLA is very much Front Wheel Drive. Its gear ratios lead to a quick wheel spin and not much else. I quickly asked the trainers if the CLA had a CVT transmission since it wasn’t responding to my right foot when I wanted to use the advertised torque. The sight lines were awful up near the sunroof but again, this car isn’t for the tall. The navigation is an after thought, glued to the dash as well as other places that showed a ‘just get it done’ leadership style. An easy 2nd example would be that half of the seat controls are on the door frame while the other half are on the side of the seat.

After a 10 minute drive around the city and a few exits on the DVP it was time to switch to the Audi A3 1.8T. This is the entry level A3 with the standard S-tronic transmission tied to front wheel drive. Inside it immediately it felt large by comparison. The car was a blast to drive. It was nimble, had plenty of power, and the balance was excellent. The interior was great but I quickly noticed the previous driver was toying with me. He had left the heated seats on HIGH and the all new jet style air vents were blasting in my face with direct air flow. My co-pilot and I laugh since these air vents were something all new. You really can direct a stream of air directly into your face if you immediately want to heat frozen cheeks or cool an overheating forehead.

Next was my ride in the A3 2.0T with sport package. This is what the car enthusiast in me was most looking forward too. I’ve always said that the VW GTI is most fun car sub $40,000 I’ve ever driven. I understood the older Audi A3 was a more luxury built version but now we at Audi have the best sports car in the class. The quattro AWD came with a confidence boost in the corners and the engine pulled like mad. The car is so light that it gave me more of a thrill than I could have imagined. I’ve read that it handled well, and I’ve driven some of the fastest cars in the world but this one, with the flat torque line of a turbo, was perfect.

While I was waiting for the person in front of me to figure out the transmission on the CLA li took a moment to look around the cabin of the new A3 and I couldn’t fault it for anything. I saw quality in the retractable 5.8inch, 11mm thick digital screen that seemed to have the size and clarity of an Ipad Mini. Everything about the car inside, and the drive reminded me of the S6.

Spring is just around the bend and the new A3 will arrive with it. I cannot wait to show a new group of car buyers why I decided to make my career with Audi. They have money invested to ensure we continue to grow and impress even the harshest critic. 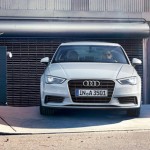 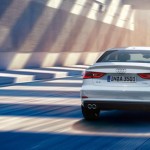 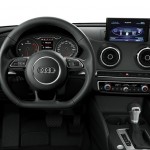 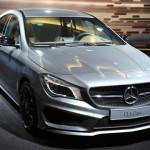 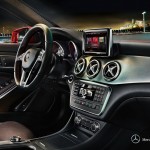