I remember the first time that I saw an advertisement for the 1984 Volkswagen Rabbit GTI titled “Fly GTI” in Road & Track magazine, I was awestruck. I wasn’t old enough to drive at the time but I was well versed in automobiles as my dad was and still is a car nut. I had seen my share of wild exotics like the Lamborghini Countach and Ferrari 348s but I never saw those cars airborne! The GTI captivated me and in my pre-teenage mind the car made perfect sense to me as a first car although it never happened that way.

The GTI embodied everything that has to do with the word “Fun”, which is why the youth movement and young at heart alike gravitate towards this fun little hot hatch. Eleven years after the GTI was released in North America I finally bought one; a black 1984 Rabbit GTI with blue interior and moon roof. The car was amazing and despite the mileage that was on the odometer it still purred like a happy kitten at idle and growled like a Tiger at full throttle. With 90 hp at the command of my right foot it was enough to dispatch of many unsuspecting drivers with twice the horsepower but that’s not where the car shined.

The handling of the GTI was fantastic and you could toss it about like it was a go-kart. The Recaro-style seats are still to this day one of the most supportive I’ve ever sat in for a compact car as they kept you in place and comfortable. Fast-forward to 2015 and there are several hot sport compact hatchbacks on the market that are regarded as “Hot Hatches” but Volkswagen invented the title and with the new seventh generation GTI about to hit showrooms early this Summer the bar will undoubtedly be elevated. Any automaker can take a hatchback and throw a high output engine under the hood and call it a hot hatch but when you look at those offerings the cars are either unpleasant to drive due to excessive torque steer, feel numb, or have poor ergonomics and materials used within the interior.

The GTI has always been about balance and poise. Those that have either built a high performance street machine on their own or spent time behind the wheel at a track can tell you how daunting a task this can be. If Volkswagen wanted to make the GTI the most powerful hatch on the market a 3.6L VR6 could be unleashed and shoe-horned into the engine compartment but that would be too easy and unbalanced to say the least. Volkswagen has incorporated their new MQB platform into the GTI (and Golf) that allows the car to be lighter and stronger, which directly translates into a superior performing GTI that’s also more efficient before even touching the suspension and power train. With the control aspect addressed Volkswagen went on to massage the mill under the hood to produce 10 more horsepower and even more torque with a nice bump up to 258 lbs/ft. Remember that torque is what you feel upon acceleration so more torque is very good and it’s being transferred to the ground through a slick limited-slip differential. The GTI is now more connected to the road than it’s ever been.

The 2-litre TSI engine is also a cheapskate at the pumps with an estimated 9.4L/100km in town and 6.9L/100km on the open road. Very impressive when you consider that your neighbours V8 muscle car that makes the same power probably drinks twice as much! The interior has always been top notch in the GTI and as such nothing was done to take away from that luxurious yet sporty interior that we’ve all grown to love. Subtle touches such as a slight angling of the driver information stack towards the driver and ambient mood lighting are welcome additions. Also the incorporation of driving style selection via a touchscreen and direct steering that monitors vehicle speed to determine the perfect amount of vehicle feedback and power assist to maintain that all-important sporty feel that the GTI is known for.

The exterior is what really sets the GTI apart from anything else on the road in it’s class. While normal Golf trims that by their own right look fantastic as well, the GTI has a menacing look about it. It looks lower, wider, and ready to pounce at that command of your right foot.

The GTI looks fantastic from every angle and like my old Rabbit GTI it will make you smile before you even open the door because you know what awaits you as soon as the ignition is activated. I know that once behind the wheel of my GTI it wasn’t when I got to my destination but rather how I was getting there that mattered the most. Maybe one day I’ll own another Rabbit GTI if I can find one but if I can’t at least I can take solace in knowing that the Rabbit GTI has been reborn as the 2015 GTI . 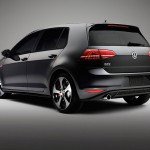 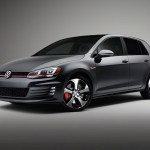 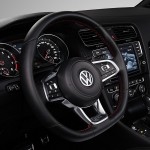 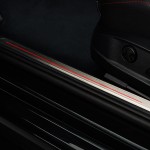 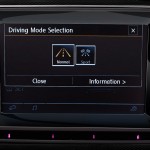 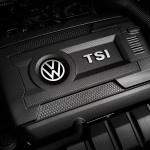